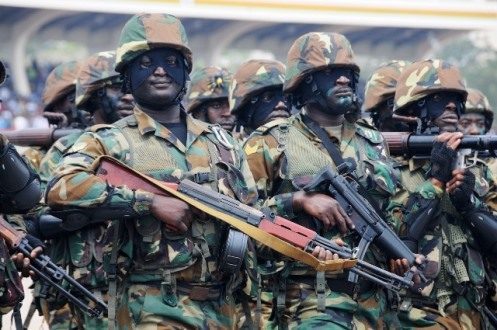 The Commercial Division of the Accra High Court has slapped troubled gold trading firm Menzgold Ghana Limited with a cost of GH¢8, 000 for the delay in filing their statement of defence in the case in which some 53 military officers are asking for a refund of their investment.

The personnel from the army, air force and navy sued the gold dealership firm after it failed to pay back their investment totalling GH¢2.5 million.

After filing the suit, Menzgold failed to file their statement of defence. Lawyers of the military officers filed a motion for default judgement.

However, when the court presided over by Justice Jerome Nobel Nkrumah was expected to rule on the default judgement in court on Thursday, Menzgold belatedly filed their statement of defence which was accepted.

Daily Heritage’s Court Correspondent Muntalla Inusah who was in court said the motion for default judgement was struck out as withdrawn, but a cost of GH¢8, 000 was awarded against Menzgold for the case to take its normal course.

The personnel; from the army, air force and navy, are asking the court to order a refund of their money.

But the soldiers have been unable to serve it on the gold trading company.

Following that, their counsel filed an application for substituted service on January 8, 2019.

The court presided over by Mr Justice Jerome Noble Nkrumah ordered that the writ of summons, the statement of claim and the order for substituted service be served on the defendant via the notice board of the High Court.

It is also to be published in the dailies and on the notice boards of the last known office of the defendant. The notices are to last for 14 days.

The soldiers who invested above GH¢24,000 were expecting interest returns of 10 per cent.

They described themselves as hardworking men and women saying they had invested their “sweat and tears” in the defendant’s company.