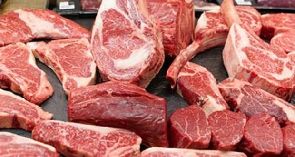 The cover of a butcher who has for months sold human flesh to unsuspecting customers from his butchery under the guise it is beef, mutton and lamp has been blown.

It is still unclear where he got his supplies from but there are rumors some mortuary men took advantage of abandoned dead bodies and sold to him in secret which he in turn prepared and sold very cheap to customers.

It is gathered that the mortuary men are the same persons who help him to chop the dead bodies into pieces and clean traces of human features before it is presented in a very attractive packaging to customers.

The Lusaka Indian Businessman has gone missing after he escaped police at his Butchery where two dead bodies were found locked in his office refrigerator.