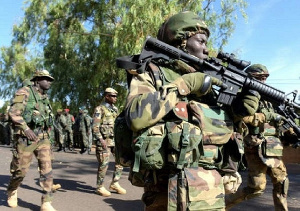 General Onyeuko also stressed that 7,761 cows and 1,876 sheep were recovered.

He maintained that “since the flag-off of the exercise, significant improvements have been made in bringing peace and stability in the North West west region as evident in the massive resumption of socio-economic activities with little or no threats to lives and property.

“The gallant troops of Operation SAHEL SANITY within the period under review carried out series of clearance operations, ambushes, farm and other aggressive confidence-building patrols within Sokoto, Katsina, Kebbi, Kaduna, Niger and Zamfara States”.