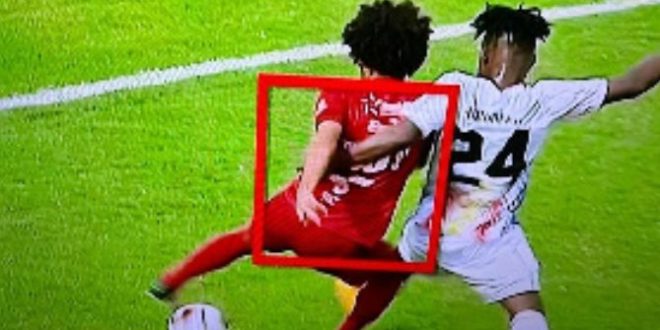 Porcupines beat Phobians for the first time since 2012

Asante Kotoko got their first win over their rivals Accra Hearts of Oak for the first time since 2012 after Franck Etouga converted from the spot to give the home side the lead in the game.

The goal proved decisive as the game ended 1-0 with the 16th-minute penalty awarded to Fabio Gama becoming the talking point. Dr. Nyaho Tamakloe is calling for the head of the referee for taking that decision.

Describing the referee as “useless”, Dr. Nyaho Tamakloe claimed that the tackle on Fabio Gama didn’t warrant any foul anywhere on the pitch and cannot be deemed a penalty.

“The referee today was very useless. If this is the level of officiating we are going to witness from our referees, we will call for foreign referees to games like this. There was no penalty there to take,” the former Ghana Football Association chairman said in an interview on Angel FM.

Asante Kotoko have now taken their point tally to 52 after the 1-0 victory while the Phobians have dropped to the 6th position with 36 points after 24 games.

Watch the Fabio Gama penalty incident against Accra Hearts of Oak in the post below: