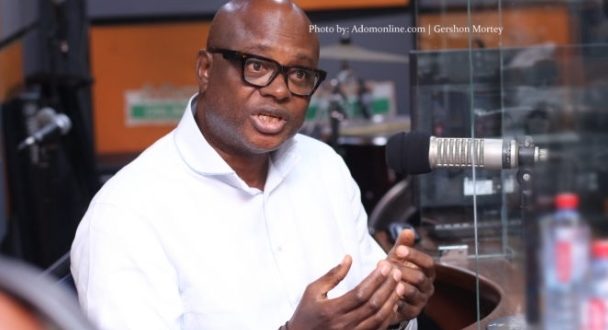 Share
Former Major of Kumasi in the Ashanti Region, Kojo Bonsu, has raised serious concern about the continuous hijack of the main opposition political party, the National Democratic Congress (NDC) by certain group of people in the party who have marginalised the Ashantis.

According to him, the Ashantis also deserve to lead NDC like other people have done looking at the population of the region.

He said the NDC needs a new face to lead the party to the 2024 elections, and that person must come from the Ashanti Region.

The Ashantis, he said, cannot continue to play a second fiddle to other tribes in the NDC.

Addressing the Akwasidae festival at the Manhyia Palace, on Sunday, March 6, 2022, Mr Bonsu asked for the blessing and support of the Asantehene, Otumfuo Osei Tutu II, for him to go and bring the presidency to the Ashanti Region.

Supported by a number of Market Queens and party suppprters, the former Major of Kumasi said that “I Nana Kojo Bonsu, I am here today to tell Otumfuo that when the time is due I will also go and contest the flagbearship slot of the NDC.The NDC party has not chosen an Ashanti to lead the party before and that is why, as his grandson, I am here to inform Otomfuo of my intention to contest for the flagbearership position, so that whenever he pours libation he will remember me in his prayers.

The announcement by Mr Bonsu attracted numerous applauds from the gathering.
He was sacked as Kumasi mayor following disagreements with

chiefs in Kumasi who said they can deal with him.

Th former Chief Executive of the Kumasi Metropolitan Assembly (KMA) had announced his intentions to contest as flagbearer in the National Democratic Congress ahead of the 2024 elections.

He believes that the NDC must work towards marketing a new flagbearer for the 2024 presidential and parliamentary elections.

Kojo Bonsu was of the conviction that the electoral defeat of the NDC in the 2016 and 2020 general elections was not only a defeat but a rejection of John Mahama, hence the party needs a new leader for the 2024 elections.

“I don’t want us to lose the 2024 election and remain in opposition again,” he said.

Previous VIDEO: Mzbel is my sister, we grew up in the same neighbourhood – Asamoah Gyan
Next Ghana’s economy was facing challenges before COVID – World Bank Country Director