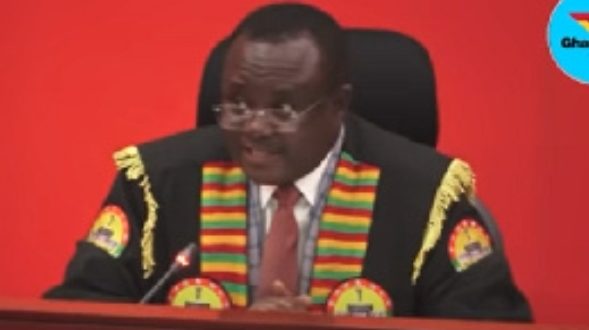 Deputy Speaker does not lose his right to form a quorum, court

According to a Graphic report, the court presided over by Justice Jones Dotse, held that the Deputy Speaker does not lose his right to take part in decision-making upon a true and proper interpretation of Article 103 and 104 of the 1992 Constitution.

The court, therefore, held that the passing of the budget on November 30, 2021 in which Joseph Osei-Owusu, the First Deputy Speaker counted himself as part of the quorum, was valid.

Also, the court has struck down order 109(3) of the standing orders of Parliament which prevented a deputy speaker presiding from voting, as unconstitutional.

The court gave the unanimous decision today, March 9, 2022, after it dismissed a writ by a law lecturer, Justice Abdulai, who was challenging the decision of Mr Owusu to be counted as part of the quorum to pass the budget.

Justice Abdulai was seeking an interpretation by the Supreme Court on Articles 102 and 104 of the 1992 Constitution and declaring the action of Osei Owusu as unconstitutional.

He also wanted the Supreme Court to declare the whole proceedings in Parliament on November 30, 2021, which led to the passage of the 2022 budget as unconstitutional insisting the Deputy Speaker should not have counted himself as an MP when he presided over proceedings.