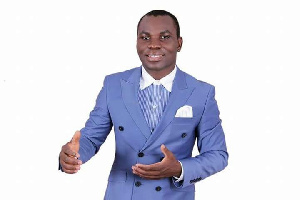 I decided not to disgrace Prophet Osei, my ex-husband – Empress Gifty

Even when it’s over, it ain’t over. Especially with divorce, it drags a lot of agony in its wake. And grief is an inescapable part of it.

Emotions like anger, guilt, shame, embarrassment, disappointment, and fear are among the normal line-up after a divorce.

Bitterness, however, is ugly. It oozes out of anger, resentment, and indignation over the perception of being treated unfairly. It goes beyond anger to nastiness and malevolence toward the other person. It can even carry undertones of hatred.

Over the years, Ghanaians have witnessed a number of bitter divorces of some celebrities. Where the estranged couple who used to be in love say nasty things to each other on social media or in the media.

Afia Schwarzenegger and Abrokwa; Obaapa Christy and Pastor Love; Esther Smith and Rev. Kwame Ahenkan Bonsu; Elikem Kumordzie and Pokello are some but a few GhanaWeb can mention.

The case of Empress Gifty formerly Gifty Osei is different, though she and her ex-husband Prophet Elisha Osei divorced in 2014, not a lot was heard about them.

Speaking in an exclusive interview with Stacy Amoateng, on the Restoration Show, monitored by GhanaWeb, Empress Gifty has explained why she chose not to speak evil of her ex-husband publicly.

According to her, she chose to remember the good things her husband once did for her in their 10 years of togetherness, and also to protect her children.

“I decided that I will never sit on any social media platform to disgrace my ex-husband. Because I remember, he once bought water for me to drink. I remember, it is through him, that the name Gifty Osei came to limelight. God used him to protect me. So I will not speak bad against him because of the bitterness in me…I shut the doors because of my children,” said Twi.