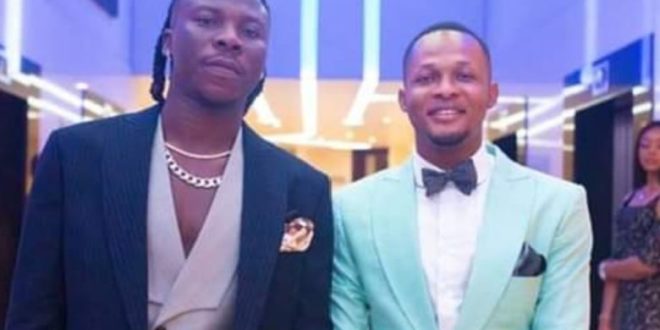 Mynewsghana.net has chanced on a Facebook post by Ghanaian entertainment critic Ricky Rick where he alleged that Dancehall artiste Stonebwoy has parted ways with his new manager Edward Dzotsi who took over from Blakk Cedi.

Its been about 4 months since Wisdom Edward Dzotsi who is also known Weezy took the vacant position of Personal Assistant and manager which was left after long-standing friend of Stonebwoy, Blakk Cedi, parted company with the Bhim Nation Crew.

Before Blakk Cedi, Kelvynboy, and Okailey Verse (OV) left Bhim Nation, they accused Stonebwoy of being full of himself and not willing to take advice.

Could there be some truth in that?
We have not heard anything from the Bhim Nation president yet as we cannot rely only on the allegations of Ricky Rick to draw a conclusion.