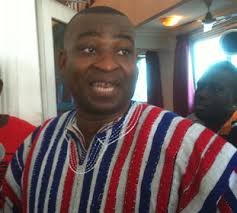 Bernard Antwi Boasiako claimed he (Mahama) paid each delegate GH₵₵20 to secure their vote in the keenly contested flagbearer elections.

John Mahama on Saturday won convincingly in the NDC’s presidential primaries, garnering more than 95% of the total valid votes cast leaving his contenders to grapple for the 5%.

Many political pundits have described the Mr. Mahama’s victory as a threat to the ruling party due to his charisma ahead of the 2020 general elections.

He claimed, his campaign team bought all the votes because they knew if most NDC members would have voted against him.

Chairman Wontumi as he is popularly called alleged that, some NPP members who chanced upon those sharing the money got their share.

“My people told me about the money and I asked them to go for some because it is their stolen monies” he added.

Chairman Wontumi said Mahama’s victory makes him the happiest man on earth since 2020 elections will be cool chop.

Previous AWW Violence: I didn’t go to La Bawaleshie with 15 bikers – Sam George
Next Armed Robbers takes over the Sawla to Damongo road