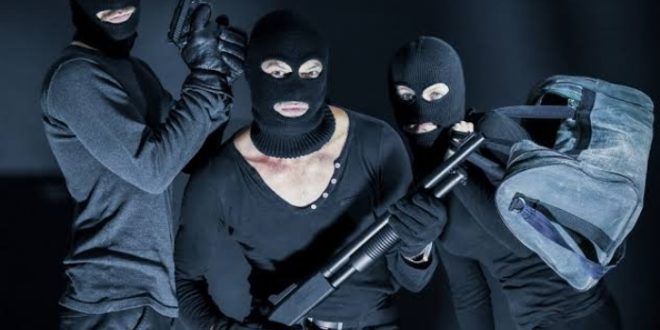 The students fear that if adequate measures are not put in place, they might be forced to quit school to protect their lives.

Their concerns follow a robber who wielded a pair of scissors and a screw driver, managed to rob a student who was studying outside his room of his phones and other electrical gadgets.

Though the robber was caught and the mobile phone and other gadgets retrieved, the robber escaped with the help of his friends.

The robbery incident which happened at dawn on Monday, March 14, 2022, has thrown the students living at the various hostels at Asafo to relocate to other suburbs for protection.

Some students who spoke to Otec News on Wednesday said several students have suffered from such incident of being robbed under severe situation, with some losing their money, laptops and mobile phones.

They blamed the situation on the managers of the hostels for not providing adequate security at the various hostels after paying large sums of money for their stay.

“In fact we are living in fear now as this is not the first time such incident has happened to a colleague. We are appealing to the managers of the hostels to provide security personnel to protect our lives and property” they said.

Some who threatened to quit school to protect themselves appealed to the Ashanti Regional Police Command, “to either provide them security or mandate the hostel managers to do the needful”.

The Assembly Member for Asafo Electoral Area in the Kumasi metropolis, Hon Isaac Okine, expressed worry over recent robberies at the private students’ hostels in the area.

He told Otec News that for several years, students, mostly from the Kumasi Technical University (KsTU), had suffered robbery attacks at the hands of armed persons during the night time and called for immediate attention to address the issue.