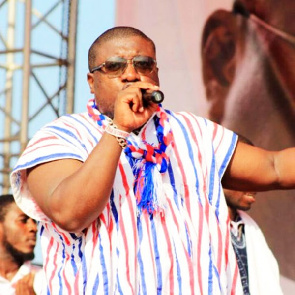 Nana Yaw Boakye, the National Youth Organiser of New Patriotic Party (NPP) has said even though former president John Dramani Mahama is incompetent, the NPP will not underrate him in the 2020 General Elections.

He stressed that in as much as the National Democratic Congress (NDC) has gone for incompetent John Mahama as their presidential candidate, the NPP will not take him for granted.

Popularly known in political circles as ‘Nana B’, the Youth Organiser said he was optimistic that NPP will whisk the Ejura and Asawase seats and that there will be no seat for NDC in 2020 elections in Ashanti Region.

He urged the youth to desist from the use of foul languages and attitudes, which drive people away from the party.

According to Nana Boakye, when the NPP took over the reins of government, they inherited a messed up economy from the NDC, but president Nana Addo Dankwa Akufo-Addo and Dr. Alhaji Mahamadu Bawumia are working assiduously to correct the NDC mess.

He made these declarations at the Ashanti regional youth conference under the theme: “Strengthening the Youth Front; Sustaining Power.”

The mammoth event, which was held at the CBD auditorium of the Kwame Nkrumah University of Science and Technology in Kumasi, was to energise NPP youth to work together and win power come 2020.

He mentioned some of the achievements of the NPP as Free SHS, NABCO, restoration of teachers and nurses’ allowances, paying the mountainous National Health Insurance Scheme debt.

The second lady, Mrs. Samira Bawumia, who was the special Guest Speaker, indicated that in their 27 months in office, the NPP has fulfilled 41 of their promises, including Free SHS, NHIS, NABCO, reduction of taxes, reduction in public debt and increase in disability fund among others.

The second lady, therefore, appealed to Ghanaians to vote for NPP in 2020 to in order to continue the good work and not to allow any party to retrogress in Ghana.

At the ceremony, which brought all the NPP youth executives from the various branches of the party, she implored the party, especially the youth, to close their ranks and forge ahead for a common purpose.

The Ashanti Regional Minister, Simon Osei-Mensah, described the former President as greedy and explained the fact that he had served variously as MP, vice president and president of Ghana and he still wants to hold the high office again, even in the face of collection of ex-gratia.

“This thing must stop,” he added.

Lawyer Justin Koduah, the Chief Executive Officer for Youth Employment Agency (YEA), reminded the youth of the role expected of them in the 2020 election.

Mr. Koduah told the youth that NDC is not an option in Ghanaian politics and in 2020 Ghanaians will vote for NPP to continue the good work that they are doing for mother Ghana, having employed 100,000 through YEA.

As part of deepening YEA and making it more attractive to the youth, the young politician from Asokwa constituency mentioned that YEA will create an employment centre.

This, he said, will aim at helping the youth to know employment modules at the Agency and apply for the jobs.