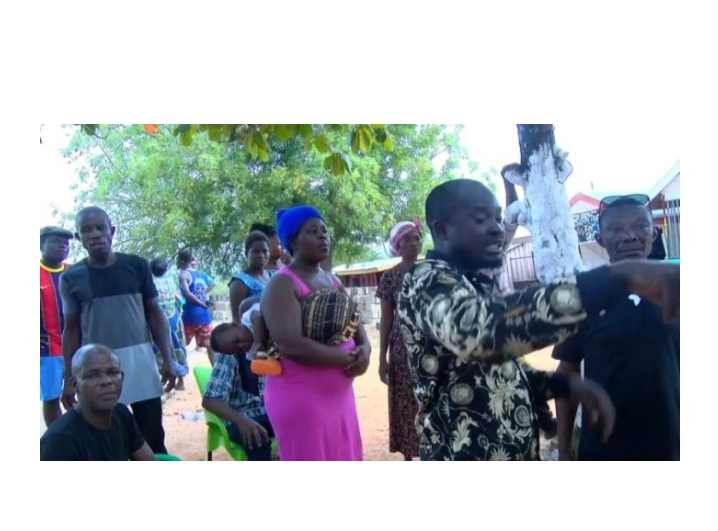 VIDEO: Man stabs rival to death for proposing to his girlfriend

What started as a love proposal led to a bloody fight on Boxing Day, leading to the death of one person at Dwease close to Konongo in the Ashanti Region.

Eyewitnesses alleged suspect Pius Osei Kankam stabbed 27-year-old Kwame Buckman to death in a confrontation over why the deceased proposed to his girlfriend.

“They fought because of the girl.  Buckman, the suspect doesn’t hail from here, he leaves at Praso the next town. He came here with the intention of killing him that is why he had a knife on him,” a resident told JoyNews.

“Buckman proposed to his girlfriend, so yesterday the girl identified him to the suspect and that triggered the fight,” he added.

The two were part of a number of merrymakers on a Boxing Day drinking spree at a local drinking spot.

The father of the deceased, Kofi Mensah, is distraught over the incident that led to the death of his son.

Narrating what led to his son’s death to JoyNews, he said: “We were home when I was told that my son has been stabbed. When I came, he had been rushed to the hospital. He was pronounced dead, I have been crying the whole night.”

The Konongo Police have arrested the suspect together with his girlfriend to assist in investigations.

Tags FOR GIRLFRIEND HIS man proposing Rival STABS TO todeath