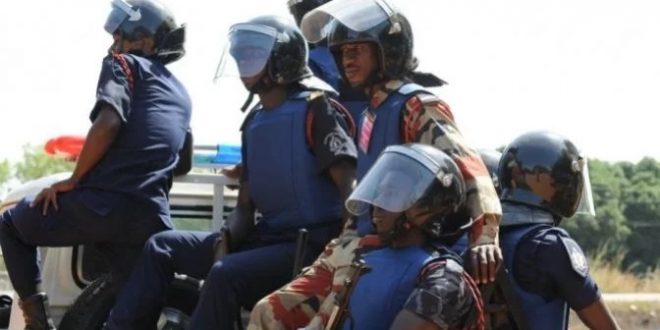 Two persons have been arrested and detained by the Kaneshie Police for their alleged roles in the murder of Nana Ndoli Panin III, Baamuhene of Enchi Kramokrom on Friday, October 2, 2020.

Nana Ndoli was found dead in a pool of blood in a hotel room at Kaneshie in Accra over the weekend.

Police investigations into the killing of the chief, who is also the finance officer of Accra-based Hot FM led to the arrests of Kwame Ofori Ogyaba and Nana Kwame Kwakye.

Kwame Ofori Ogyaba and Nana Kwame Kwakye are said to be a friend and spiritual father respectively to the deceased.

A statement by the Kaneshi Police narrates that on Friday evening, the assistant manager of the hotel where the body was found reported the incident to the police.

The police, upon receipt of the call, went to the crime scene where they discovered the body.

The deceased was identified by the police as Nana Ndoli Panin III, Baamuhene of Enchi Kramokrom and a finance officer at Hot FM in Accra.

The statement further revealed that Nana Ndoli Panin III was going to meet his spiritual father Nana Kwame Kwakye at the hotel.

The report further said a Toyota Rav 4 vehicle suspected to be that of the deceased has since been retrieved from a location at the Takoradi lorry station and brought to the station for further investigations.

The body of the deceased has been deposited at the Police Hospital mortuary for autopsy.