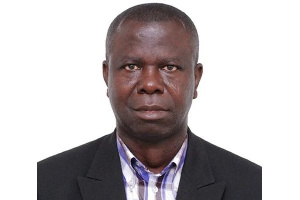 Sacked Dr Baffour Awuah whose appointment as the Director-General of the Ghana Health Service(GHS) was withdrawn only two weeks after it was announced is set to be re-appointed, MyNewsGH.com reports.

The disclosure about his possible reappointment to a different and much higher position was made Chairman of the ruling NPP in the Ashanti region, Bernard Antwi Boasiako a.k.a Chairman Wontumi.

Wontumi asked the embattled Dr. Baffour Awuah to wait for an opportune time for a bigger appointment.

It is unclear what must have caused the presidency to make the sudden u-turn but Wontumi argues that this is not the first time an appointment into public office has been withdrawn by a president.

He says the President has the prerogative to hire and fire, so Dr Baffour Awuah must accept his disappointment in good faith and hope for an even better position.