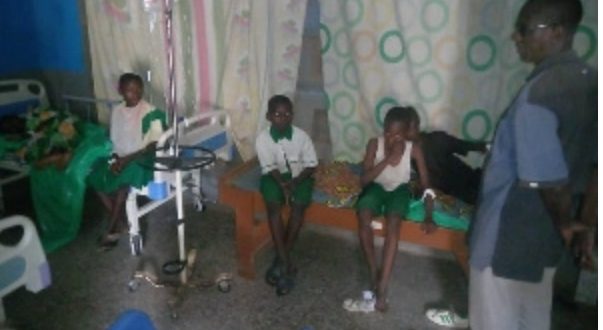 Share
Eleven pupils of the Paga E/A primary school in the Kassena-Nankana West District in the Upper East region, have been hospitalised after the walls of two classrooms collapsed on them, GhanawEb’s Upper East Correspondent Senyalah Castro reports.

A Monday (March 21) afternoon rainstorm, which swept through the town, ripped off the roofs of buildings and schools in the town.

The school’s authority said the wounded pupils were rushed to the Paga District hospital for medical attention.

The headmaster of the school, Addiyire Peter Ajegiwe, told GhanaWeb the pupils sustained injuries on their legs, hands, and heads, adding no life was lost.

“This afternoon, a rainstorm hit Paga causing a lot of havoc and 11 of our pupils got wounded as a result of the rainstorm. When the rain was falling, they [pupils] were all in their various classrooms but the pupils of the basic 3 classrooms were unfortunate as the walls collapsed and fell on some of the pupils. Some of them got seriously wounded and we had to take them to the Paga hospital for treatment.”

“The situation is alarming and we don’t know what to do. It’s only through God’s intervention that these children are safe.” 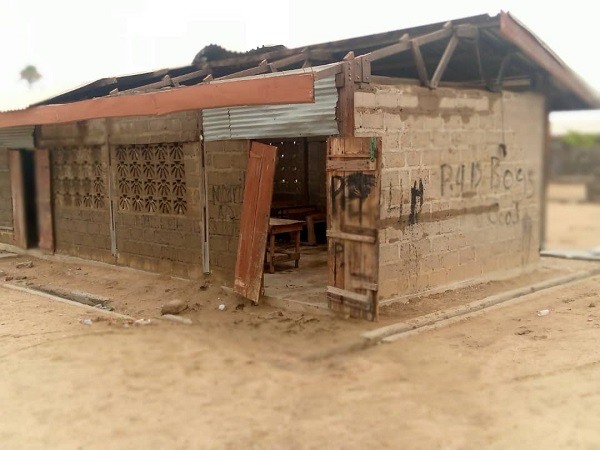 Addiyire bemoaned that the failure on the part of local authorities to renovate the dilapidated school building despite knowing its condition is to blame for the disaster.

He said the school management had written severally to the district Assembly since 2017 informing it of the worsening condition of the school building but all efforts did not yield any positive response.

Addiyire pointed out that the disaster is an indication of how the local authority was failing in its duties, stressing the disaster could have been prevented if authorities had taken earlier steps to address it.

“It’s sad. When I took over this school in 2014, I wrote letter upon letters to the district assembly making several appeals for them to come and renovate this school because it is just at a collapsing stage. But there was no response.”

Addiyire fears academic activities in the school will be affected if authorities are not quick in their response to address the challenge brought by the disaster.

He was particularly worried about how the school will operate when the rainy season sets in.

The rainstorm also damaged the roof of the Paga E/A Junior High School building. The roof of the form 1 classroom has been ripped off.

The Paga central mosque also had its roof completely peeled off in the storm.

Several stores in the Paga market have also been damaged by the Monday afternoon storm.