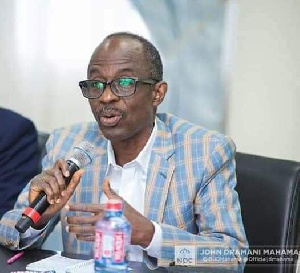 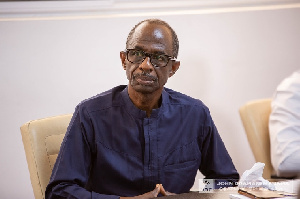 The outgoing General Secretary of the National Democratic Congress, Johnson Asiedu Nketiah has issued an apology to members of the party which he may have offended during his tenure in office.

After serving 17 years in the position, Asiedu Nketiah is bowing out from the General Secretary to contest the Chairmanship slot of the NDC at its national delegates congress.

“Let me say a word of farewell to you as I step down today as your General Secretary having served in that position for the past 17 years. I thank you for your cooperation and thank everybody. Those I’ve offended, may the Lord touch your heart to forgive me,” General Mosquito said when he delivered a speech at the congress grounds on December 17, 2022.

“The credit I’ve made so far is shared and attributed to the foot soldiers of this country and this party,” he added.

In the keenly contested election, Johnson Aseidu Nketiah will take on Samuel Ofosu-Ampofo in the Chairmanship position of the NDC as the party gears up for the 2024 general elections.