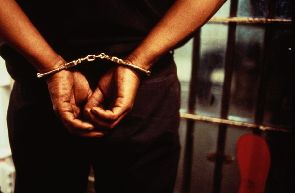 A 35-year-old local gin distiller at Assin Edubiase who had sexual intercourse with his two biological daughters in exchange for payment of their apprenticeship fees has been sentenced to ten years in prison with hard labour by a Cape Coast Circuit Court.

Joseph Narh made sex a precondition for paying for the apprenticeship fees of his two daughters aged 17 and 15 who wanted to learn a trade.

Prosecuting, Police Inspector Gilbert Anyongo told the court presided over by Mrs Dorinda Smith Arthur that the complainant, Mr Bismark Kwame Sarfo is a farmer and a linguist at Assin Edubiase who lives in the same vicinity with Narh.

He said the victims, whose names have been withheld, went to Accra to look for jobs but returned home to learn a trade two years ago.

The Prosecution said upon their return the older girl opted to learn dressmaking while the younger settled for hairdressing.

Inspector Anyongo said their father gave a condition that he would only pay for their apprenticeship fees if they agreed to have sex with him.

He said Narh had sex with his two daughters before enrolling them in their trades.

He said the father continued to have sex with the elder daughter and any time she resisted, he subjected her to severe beatings.

The Prosecution said on Wednesday, January 22, 2019 at about 6:30 am, Narh wanted to have sex with his elder daughter but her refusal infuriated him so much he beat her severely and bit her arm in the process.

He said Abigail reported to work and when her employer noticed the mark on her arm and questioned her about it, she then narrated her ordeal.

Mr Ayongo on the same day, a complaint was lodged at Domestic Violence and Victim Support Unit (DOVVSU) of the Ghana Police Service at Assin Fosu, where Narh was arrested.

He said upon arrest, the convict admitted the offence in his caution statement and pleaded for forgiveness.