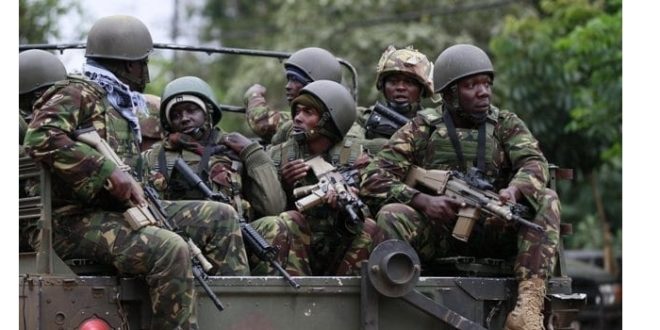 Share
Ghana Armed Forces personnel have conducted series of cordon and search operations in Bawku and its environs in a bid to fish out armed assailants following renewed clashes and sporadic shootings over the past days.

This led to the exchange of fire between personnel of the 11 Mechanised Battalion and some armed assailants at Sabongari, a suburb of Bawku on Wednesday 16 March 2022. In the process, one assailant died and five persons including three soldiers were injured.

Ten (10) suspects were arrested and handed over to the Bawku District Police for further investigations.

It must be noted that in the early hours of Wednesday 16 March 2022, troops deployed at Sabongari heard gunshots emanating from an uncompleted building. They proceeded to the location and in a bid to cordon off the area, armed assailants fired at the troops resulting in injuries to three soldiers. An exchange of fire therefore ensued between the troops and assailants.

Subsequent to this, the personnel of 11 Mechanised Battalion with the support of the Police stepped up with the cordon and search operations at Buabula and Pusiga to fish out the suspects who had shot at the three soldiers. One suspect who had sustained gunshot wounds was traced to Akunye Memorial Hospital and placed under armed guard.

In the course of the operations and during the exchange of fire, one injured suspect who was part of the group that attacked the soldiers was picked up, given medical aid, and sent to the Vineyard Hospital for treatment.

A woman who sustained injuries in the crossfire was also sent to the same hospital for treatment.

Meanwhile, two of the three soldiers who were attacked are receiving treatment at the 37 Military Hospital after being airlifted to Accra yesterday.

Although the situation has been brought under control, the troops of 11 Mechanised remain on high alert to deal with any situation that may arise.

The Ghana Armed Forces wishes to state categorically that these cordon and search operations have been carefully planned in accordance with the rules of engagement in order to rid the Bawku Municipality of the armed assailants engaged in the sporadic shootings.

The allegations being circulated on social media that GAF personnel are on the rampage killing people and animals are false and diversionary and must accordingly be
ignored.

GAF, in conjunction with other security services, will continue to work hard in ensuring peace and protecting the people of Bawku to enable them go about their normal duties and therefore requires the support and cooperation of all peace-loving Ghanaians in this quest.