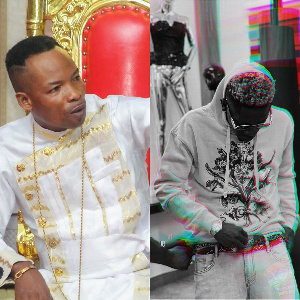 Dancehall musician, Shatta Wale may be known for creating hit songs. But his enviable talent has earned him enemies which includes his fellow industry persons.

According to Prophet Elisha Salifu Amoako, some persons have gone as far as traveling to Benin to destroy his voice through spiritual means.

The General Overseer of Alive Chapel International in a prophetic trance during church service on Sunday, January 3, 2021, revealed that the said persons who are also musicians endeavoured to destroy the career of the “African Dancehall King.”

Prophet Amoako Atta, however, states that God through a revelation has told him about his love and plans for Shatta Wale which includes making him a prophet; thus his resolve to protect him against adversaries.

The man of God again adds that despite the evils planned against Shatta Wale, the year 2021 is set to be one his biggest as a musician as he is going to make a lot of money.