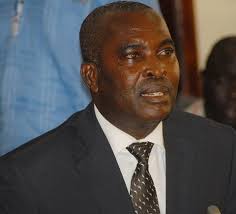 The Parliamentary Candidate on the ticket of opposition National Democratic Congress (NDC), Hon. Paul Evans Aidoo has cautioned Sefwi Wiawso traditional rulers to as a matter of urgency desist from any form of intimation against the electorates coming December 7 general election.

According to him, he has witnessed for himself that some chiefs in the Sefwi Wiawso traditional Area are telling people Forcibly that they should vote for the ruling party NPP to pay the price of given them a New region (Western North Region) and that whoever go contrary to their rules would be banished from the society which he sees as a form intimidation and could lead to violence.

” In my best of knowledge I think we have already done what is due by  showing a lot of appreciation to the sitting government NPP for giving us Western North Region, so it is not necessarily to use this year’s election as a pride of thanksgiving” , the former Western Regional Minister fumed.

In reference, Hon Evans Aidoo emphatically referred to Article 276 (1) of the 1992 constitution of Ghana which stated clearly that:

“A chief shall not take part in active party politics and if the chief wishes to do so and seeks Election to parliament shall abdicate his stool or skin.”

The PC therefore appealed to the Electoral Commission (EC), the clergy, security agencies and opinion leaders to play their mandate role to ensure peace before, during and after the December 7 polls.