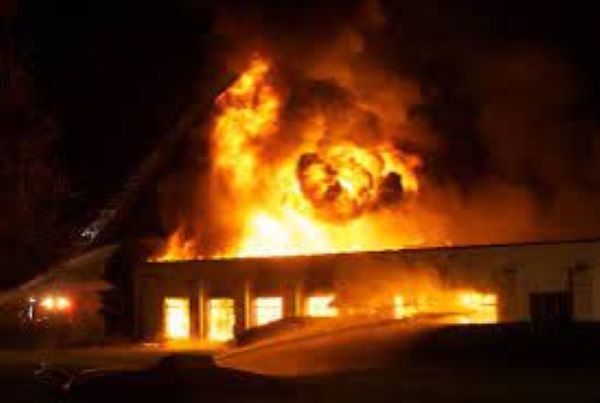 Thirty persons were on Tuesday, 1 February 2022 displaced when fire razed several houses and shops at Akyem Osiem in the Abuakwa North Municipality of the Eastern Region.

According to eyewitnesses the fire began from the room of one of the clustered houses and spread to other rooms.

The fire was later doused by firefighters from the Anyinam, Koforidua and Kibi fire stations.

There was no casualty.