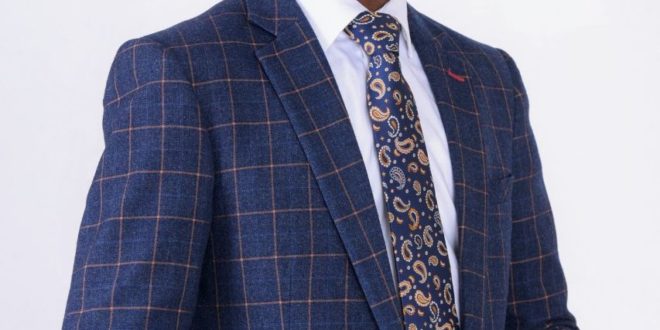 Renowned man of God, Dr. David Bindan, has called for a peaceful co-existence of the different belief systems in Ghana.

He urged religious bodies in Ghana to peacefully co-exist.

Below is his full press release:

Blessed people of Ghana, this nation occupies a special place in the heart of the Lord Jesus Christ, and because of this He has sent me with a message that will establish Ghana in lasting
peace and development for everybody.

This message consists of simple truths that will forever preserve Ghana from destruction and usher her into the state of fulfilling her calling as the hope of Africa and the rest of the world in
this era.

To the president and future government of this nation, here are the simple truths:
1. It is time to get Ghana established in lasting peace and lasting development for everyone.

2. The major means to this state of lasting peace is to work assiduously to ensure that there is a realistic peaceful co-existence of all the citizens of this nation with different belief
systems.

A simple fact that has eluded many African nations is the fact that realistic peaceful co-existence
of the citizens of a nation with different belief systems is a better and more powerful guarantee of
lasting peace and development in a nation than just democracy without it. You don’t need to look
far; observe what is currently happening in Nigeria, and you will know that democracy without a
realistic peaceful coexistence of the citizens of the nation with different belief systems is no
guarantee of real peace of that nation.

The Lord is bringing us this message at this time because as it is now, Ghana after more than 60 years of independence still doesn’t have what we can call realistic peaceful co-existence of all her
citizens with different belief systems. Why are we saying this? We are still in a nation where state apparatus, like the state-owned media organizations, state departments and state personnel like the police, are often used to compel some citizens into practices that are prescribed by the deities of some other citizens. You cannot call this a peaceful co-existence. There is an injustice somewhere which if not addressed has the potential of something negative. This is what the Lord wants to prevent and is sending this message to us at this time.

The good news is that it doesn’t take much for any nation to attain this state of peaceful coexistence.
Something as simple as just ensuring that systems are strengthened to ensure that no citizen at any time anywhere in the nation is compelled into practices that they do not believe
in. It is so simple and yet so powerful to achieve this.

Even in cases where the government will say that the issues are technical and sensitive, they are not without a solution if they are committed because the issues of belief, whether you like it or not, boils down to the issues of deities. And deities are not non-entities; deities are spirits. In such cases what the government
should do is to allow the deities to prove themselves through their spokespersons. There is no true speaker for a deity that doesn’t know the deities they are speaking for and the capabilities of that deity. And when the matter is settled spiritually in the nation, the nation can now have an openly genuine and unbiased basis for legislation.

When this is not done, any attempt to cover things up in the name of respect for culture or obedience to authority when there is no real peace is like covering a wound and pretending it is
healed. It is just a matter of time, and the wound will fester.

To the body of Christ, we have been called by God to some things in the scriptures, three of which
are very important now in helping Ghana to contribute our portion of what is required from the church to attain this state of peaceful co-existence.

1. Our Father has called us, according to 1 Peter 5:8, to be sober and vigilant concerning the tricks of the devil. In 2 Corinthians 2:11, He told us never to be ignorant of the devices
of Satan. And in Jeremiah 29:7, He told us to work and pray for the peace of the nations in which we physically dwell because in the peace of those nations, is our peace.

Therefore, the church in Ghana has a responsibility to assist the governments and other stakeholders to arrive at this state of realistic peaceful co-existence of all her citizens with different belief systems.

2. Through the Ghanaian Times editorial of 9th May 2022, amazing things were revealed concerning some vital devices of the devil against the church in Ghana that the church cannot turn a blind eye on. Several things were said, but I will refer to two of them. In that
editorial, the Ghanaian Times revealed something very remarkable. Literally, what it was saying was that beyond the cover of a cultural practice, the real issue of the ban on drumming and noise making in Accra was about the worship of gods and spirits. This is not Dr. David Bindan saying it; this is a Ghanaian state-owned media declaring it and I quote, “Those who understand both the spiritual and the physical environments will tell
you that the gods or spirits need such noiseless periods to work out things for the benefit of the people.” (Page 4, paragraph 7) This is Ghanaian Times, and not David Bindan stating that the main reason for the silence
of that period is so that some gods or some spirits will be able to answer the prayers of other people. So, I asked an important question when I was putting these things down here, that, “For all these years, the whole Ghana kept quiet for government apparatus to be used to compel Christian citizens of Ghana into practices prescribed by other gods and spirits under the cover of respect for culture and obedience for authority?”

And when you hear me talk about respect for culture and obedience to authority, keep in mind that I have nothing against these things. In fact, my research proves that our ministry
in the city of Accra was the first Christian ministry that held a Homowo Sunday service, in the year 2015. This service was held in an open field; the Ga chief of the area with his elders were there; the queen mother of the area with her entourage were there; representatives from the office of the member of Parliament were there. And we had a
great service in which the Lord inspired us concerning His beautiful plans for the great people of the Ga Adangme state. If I were somebody against culture, I would not have responded to this instruction of the Lord to hold such a service.

Secondly, in that same editorial, the Ghanaian Times made it clear in the eighteenth paragraph that, the freedom of Ghanaian citizens to Biblical worship will only become a
reality when all ethnic groups in Ghana decide to abandon their traditional religious practices. This is what they said, and I quote, “Till the leadership of the various ethnic groups in the country abandon all the traditional religious practices, all Christians have to do is to show a sense of tolerance to coexist with the traditional believers, evangelize and pray for them.” You see the cover-ups they are using? A sense of tolerance? Co-exist? A kind of tolerance and co-existence that only favours the cause of Satan. People of God, this is again nothing but an attempt by Satan to ultimately stifle our freedom of worship of
Jesus the Bible way in a nation that is supposed to be a nation that guarantees freedom of worship. It is high time the church looked at these devices of the enemy and rose into
focused prayer to abort these works of Satan and liberate Ghana from the claws of the devil, programming Ghana for a future destruction.

You may not appreciate what we are saying today but there is no real peace when some people are being forced under practices, they do not believe in. It is just a matter of time, and when they are tired, there will be an explosion. There is only real peace when everybody is satisfied.

So, the church is being called by this announcement to rise up to prayer to abort these works of the devil and to receive wisdom to act in love and in peace based on truth. There are actions of love and peace that are not based on truth; they don’t bring real peace. The
church should act in love and in peace based on truth so that we can contribute our portion to the nation and other stakeholders to bring Ghana to this place of realistic peaceful co-existence among all her citizens with different belief systems and bring her into a state of lasting peace for lasting development for everyone.

Before I round off with this special message and pray for the nation Ghana, I would like to say to all who have in mind, just like the Ghanaian Times, to either encourage or coerce the church in
Accra into adhering to any kind of protocols of any supposed ban on drumming and noise making
in Accra not to waste their time and energy because what I said in June 2021, concerning the exclusion of the church from the ban, or the annulment of the ban was not a prophecy. It was a statement of spiritual fact that came into force the moment the stakeholders went into action in
2022. Therefore, if you ever hear of any announcements of ban or any activities of its enforcement, these are just what we call the fag ends of something that died in May 2022, according to my word. And the truth is, “if you know, you know; if you don’t know, you shall see soon.” For Ghana, I pray in the Name of Jesus, peace, preservation, development be upon you; be upon
the land, the governments and all the citizens of this nation now and forever in the Name of Jesus.
Amen!