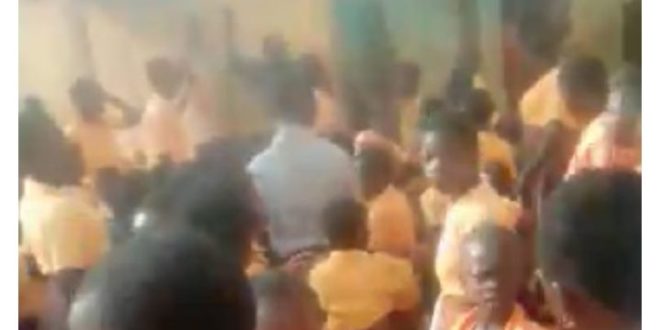 Share
The pupils of Oseneso D/A Basic School in the Wassa East District of the Western Region, have embarked on a demonstration to protest the lack of chairs in their classrooms.

The pupils are reported to have attacked the chief’s linguist and tore his shirt in the process.

The pupils, who were without the protection and guidance of their teachers, began the protest around 8:30 am on Tuesday, March 22, from the school’s premises through the main street of the Oseneso Community and ended at the chief’s palace.

The chief of Oseneso, Nana Yaw Gyesi, who was not happy about the students’ behaviour explained to Angel News’ Kwame Owusu Asante Shadrack, that he was not in town when he had a phone call from his linguist that the students have come to the palace to carry all the chairs at the palace to the school.

“The linguist narrated that the school children came and beat me up and tore my shirt. They complained that they lacked chairs in the school”, the chief said.

He continued that “I picked a motor and rushed back but the pupils told me they won’t allow me to pass to my house and they were many. They had carried all the chairs from the palace to the school.”

The displeased chief noted that the action of the children was not right and he was saddened by that.

Nana Yaw Gyesi expressed disappointment in the entire staff of the Oseneso D/A Basic School for allowing the students to embark on such demonstration and risking the children’s lives as well at the time that their parents knew their wards were in school learning. 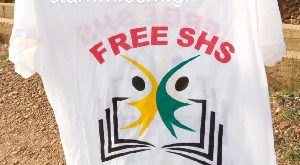 An Educationist, Samuel Zigah, has called for an independent investigation into the 38 million Ghana …