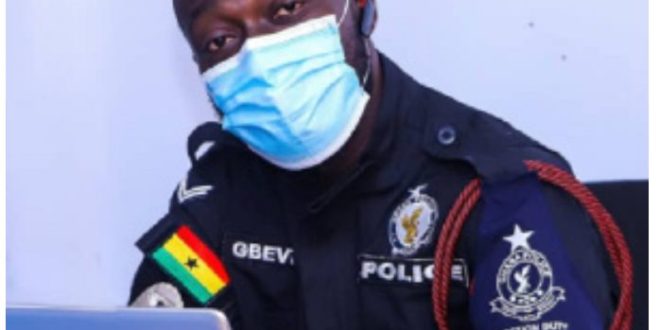 Detective Corporal Gershon K. Gbeve, known popularly as ‘BB’ of Reality Images beat competition from other photographers to take home the coveted award which came off on Friday, March 4, 2022.

Speaking in a phone interview with GhanaWeb, he said it is an honour gain such recognition.

According to him, he is excited that his dream of using real-life events to tell stories through photos has been recognized.

“I use the realities of life to tell photographic stories to show people how I see things,” he said.

Detective Agbeve added that he is inspired by Pete Souza, the former White House Photographer, who worked with the former President of the United States, Barack Obama.

“I will make more compelling photos to promote the good image of Ghana for the world to always see,” he added.

Detective Corporal Gbeve began a profession in photography in 2003 prior to joining the Ghana Police Service in 2012.

He is also an inspirational speaker and a staunch member of the Ghana Photojournalists Network, the official body for professional photographers and videographers working in Ghana’s media and communications industry.