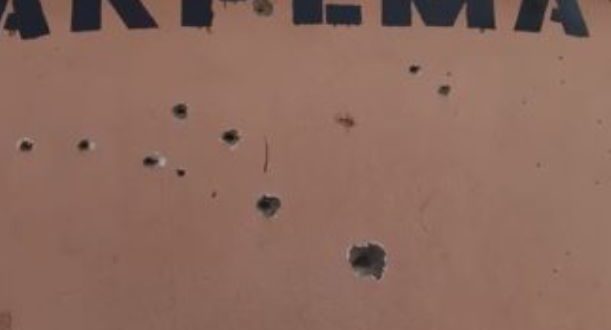 Share
The Dakpema Chief, who was shot on Monday by some unknown gunmen in Tamale, has been discharged from the Tamale Teaching Hospital.

Some unknown persons on Monday dawn stormed the Dakpema palace and started shooting sporadically leaving 5 people including the chief injured.

Three out of the five were treated and discharged, whiles the others were on admission due to the severity of the injuries. Police in the Northern Region have said they are still pursuing some 15 persons believed to be behind the attack.

The Northern Regional Police Crime Officer, Superintendent Bernard Baba Ananga in a Citi News interview, said ”we are beefing up security. We also involved the military and have been assisting us from the beginning to maintain  calm in the community.”

“The chief was discharged two days ago, one of the two injured has been discharged. The other is still on admission.“

The Overlord of Dagbon, Ndan Ya-Na Abukari II, has urged the Regional Security Council (REGSEC) to improve security in communities affected by the attack on the Dakpema Palace in the Northern Region.

15 armed men onboard a Toyota Hilux pick-up vehicle were said to have attacked the Dakpema Palace, leaving five people including the chief injured on Monday dawn.

The police say they have commenced investigations into the shooting, though the identities of the armed men are yet to be known.

A statement signed by the Secretary of the Gbewaa Palace, Abdul-Rahman Mohammed also urged residents to desist from actions that could trigger another attack.

There have been issues of supremacy between the Dakpema Palace and Gulkpe Naa Palace over who is the chief of Tamale for some time now.