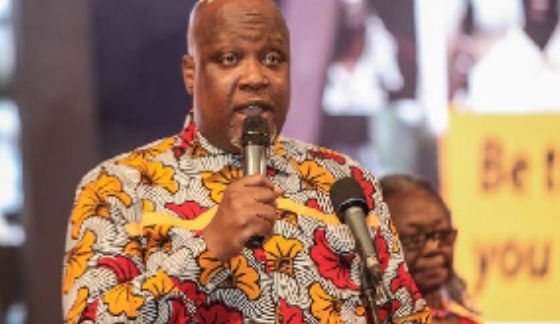 Ace broadcaster, Kwame Sefa Kayi, has cautioned against calls for a coup d’etat in the country, warning that the impact of military interventions is catastrophic.

Kwame Sefa Kayi is urging persons behind such mentions to refrain from it as they could get more than they bargained for.

Sefa Kayi who confessed to growing up at Burma Camp recounted the horrible experience he and others encountered during the years of rampant coups in the country.

He tells the story of how some military officers were killed in the act and others arrested and tried by a kangaroo court.

The host of Peace FM’s Kokrokoo program told a heart-wrenching story of how certain women were stripped naked and beaten by soldiers.

Despite being a child then, Sefa Kayi recounts that he was not left out of the wanton abuse of power by some of the soldiers as a gun once was pointed at him by an officer who knew him very well.

“I know some friends who would have been living good lives but for coups. Officers’ wives were stripped naked and harassed by some of these soldiers. You’ll see a woman who used to feed you and you had so much respect for being stripped naked because of the coup. This is not a story.

“Those who were shot by the firing squad, we should go to their families and ask how they are faring. We should find out their current state. Some are experiencing mental issues as a result. Some senior officers were tried for five minutes and sentenced to death. People don’t know this story or some have decided not to talk about it.

“When the curfew came a certain man pointed a gun at me. He is dead so I wont mention his name. We were on the same street so he knew me very well and knew my mom. We were three kids standing in the street and he pointed gun at us to go back inside. He later shot someone at Trade Fair.

“Coup is not a movie that someone will be killed and then wake up to stage another movie. A colonel was dragged from his home to Nsawam Prison for five years. Aburihene was a philanthropist. He was one of Hearts of Oak’s biggest sponsors. The man got lost and till date we don’t know about his whereabouts,” he said on his show, Kokrokoo.

The conversations about military intervention have heightened in recent weeks following a speech by the Dean of the University of Ghana Law School, Professor Raymond Atuguba.

Professor Raymond Atuguba, at a public forum in Accra, referenced one Samuel Huntington’s PhD thesis and said the current economic situation could trigger a coup.

“We do not want a coup in this country yet I fear that if we do not act quickly, we may have one on our hands very soon. A former colleague doctoral PhD student wrote his dissertation also on Ghana.