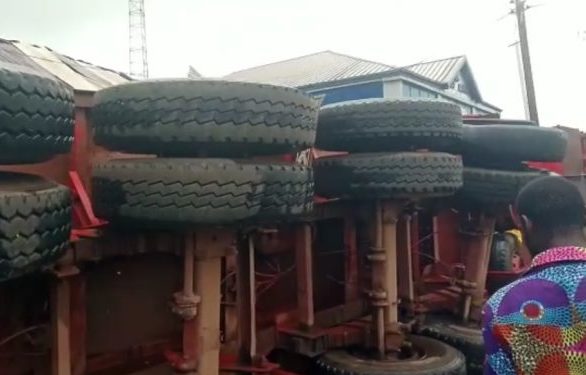 A 40-footer truck has rammed into several shops at Mankessim in the Mfantseman municipality of the Central Region.

The 40-footer truck with registration number AW 8877-11 had two of its tyres flattened and later somersaulted, destroying five shops in the process.

NADMO officials from Mfantseman moved in swiftly to save the situation.

No casualty was recorded.