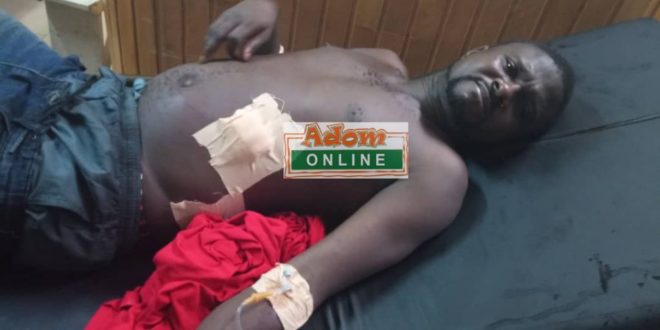 Attempts by the residents of Somanya in the Eastern Region to protest against the persistent power outages in their area has resulted in a near-fatal situation.

At least two people have sustained gunshot wounds during the protest which took place Thursday morning.

Police officers from Somanya and Akropong who were detailed to restore calm allegedly opened fire on the demonstrators who were suspected to be on their way to attack the local office of Power Distribution Services (PDS) in Somanya, injuring two in the process.

The two were said to have been hit on their chest and legs by multiple bullets after they reportedly attacked two of police the officers.

The current development follows a protest by angry residents of Nuaso in the Eastern Region over incessant power cuts.

The residents claim all the towns in the Krobo enclave have been plunged into total darkness for more than three consecutive days, a situation they say is negatively affecting economic and domestic activities .

The protestors, on Wednesday evening, blocked the main Kpong to Odumase road and burnt tyres to prevent cars from moving on that stretch.

The country has been experiencing power outages over a couple of weeks now, compelling residents to demand a load shedding plan from government .