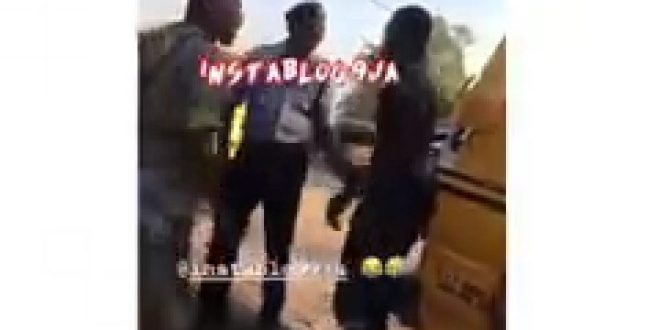 A bus conductor and A police officer have tested each other’s patience after they were spotted in public exchanging slaps in Lagos.

According to the report It was gathered that the incident happened after the conductor was involved in an altercation with the police officer who threatened to ‘kill and throway’ him which got the bus conductor angry.

The incident has stirred conversations online.

Previous Google co-founders hand over control of parent firm Alphabet to Sundar Pichai
Next I’ve paid your husbands, so, Christmas’ll be great – Akufo-Addo to wives of contractors