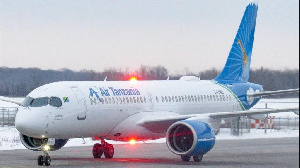 Tanzania yesterday reopened its airspace to both scheduled and non-scheduled international flights following its closure last month in the wake of the Covid-19 outbreak.

The decision came a day after President John Magufuli directed Works, Transport and Communication minister, Isack Kamwelwe and his Tourism counterpart Hamisi Kigwangalla to allow aircraft to come into the country from outside.

“As long as their body tem-peratures don’t point to anything unusual, I will allow them to proceed and view Tanzania’s wildlife without being quarantined,” said Dr Magufuli.

In a swift response, Mr Kamwelwe said commercial passenger flights, diplomatic flights, aircraft in emergency and operations related to humanitarian aid, medical and relief would be allowed into Tanzania without any restrictions.

“I direct the Tanzania Civil Aviation Authority to inform Icao (International Civil Aviation Organisation) about the decision, and ensure that the directive is fully implemented,” he said.

“I want you to cooperate with the Health ministry in handling all flights, including those carrying tourists,” he said.

The minister also directed Air Tanzania Company Limited (ATCL) to prepare to resume flights to countries that have opened their skies or those seeking the national carrier’s services.

“The ministry is aware that the reopening of our skies will bring back business opportunities, especially in the tourism and hospitality industries,” noted Mr Kamwelwe.

He urged wildlife conservation institutions, tourist service providers and hotels to grab opportunities and bring the tourism sector to its feet.

Presenting his docket’s 2020/21 budget proposals last week, Mr Kigwangalla said the government projected that foreign exchange earnings from tourism would rise to $2.6 billion in 2020 from 1.867 million visitors, adding that it was expected the sector would also create 623,000 jobs.

“We suspended all international flights, and we cut domes-tic flights. This is good news, and we hope to be back in business soon,” Mr Matindi said.

Mr Mremi said, however, that Precision Air would not immediately resume international flights because their only international routes of Nairobi and Entebbe were still closed.

Previous Nigeria: Jihadist attacks increase ahead of Eid
Next 5 ways to deal with the ‘side chick’ in your man’s life