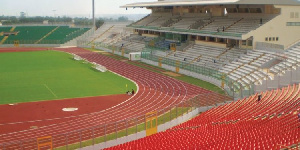 The newly renovated Baba Yara Sports Stadium is among 11 venues to have been rejected by the Ghana Football Association Club Licensing Board ahead of the start of the 2021-22 Ghana Premier League season.

This Baba Yara Sports Stadium which had been closed down for renovation for almost 18 months was officially declared for use by the National Sports Authority in September after the Minister of Youth and Sports Mustapha Ussif paid a visit to check work done at the facility and confirmed it readiness for usage.

The venue is home to Ghana Premier League sides Asante Kotoko and King Faisal Babes. The two teams had to play their home games away last season due to the closure of the facility.

Kotoko were in Accra for their home games before moving to Obuasi Len Clay Sports Stadium for the second half of the season.

The Club License Board embarked on a tour to check the venues and approve it for usage ahead of the coming season.

Only four venues were approved or granted conditional license to operate with the others including the newly renovated Baba Yara Sports Stadium, Accra Sports Stadium, Theatre of Dreams and nine others having their license revoked.

The decisions were taken based on the reports received from the Club Licensing Manager from the inspection visits across the various venues.

The Club Licensing Committee was not satisfied with the reports of all the venues submitted.

However, four venues namely; WAFA Park, Aliu Mahama Stadium, Cape Coast and the Len Clay Stadium have been granted conditional approval pending the correction and or defects as stated in the inspection reports by October 18, 2021.

Meanwhile, 15 Clubs have had their Main venues conditionally rejected pending a re-inspection to ascertain the status of recommendations as instructed in the decisions of the Club Licensing Committee.

The Club Licensing Committee shall be making final decisions on the venues after the final inspection on October 18, 2021.

Below is a report on the matches venues from the inspection tour by the Club Licensing Board. 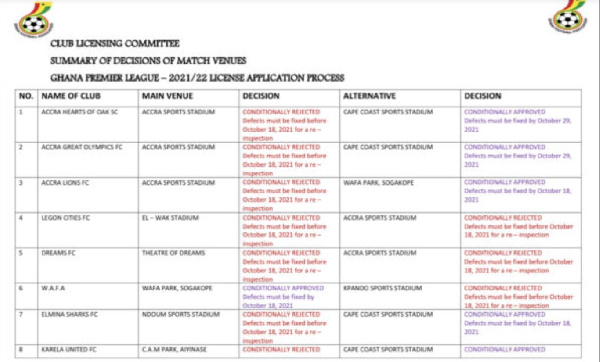 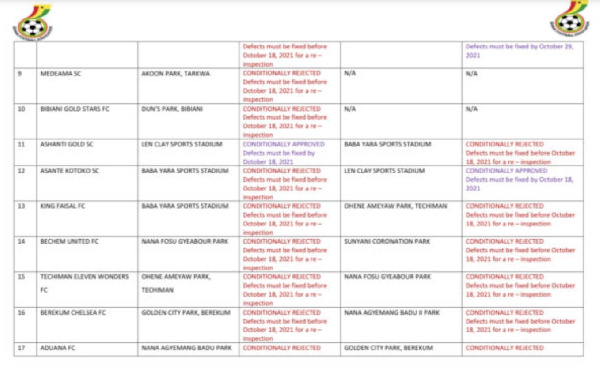