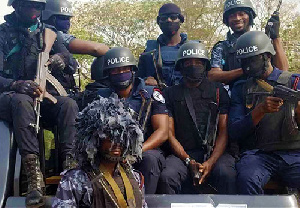 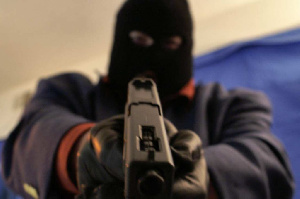 According to the police, the special operation to arrest the gang of armed robbers commenced last night December 2, 2022.

The police said the armed robbers shot the woman at Aprawhem and also robbed a gold dealer of some valuables.

“We would like to assure the public that we will surely get these thugs arrested to face justice,” the police assured.

Previous 22-year-old beheads his grandfather, stepmother at Koforidua after consuming ‘wee toffee’
Next God gives his most difficult battles to those who can fight them – Andre Ayew