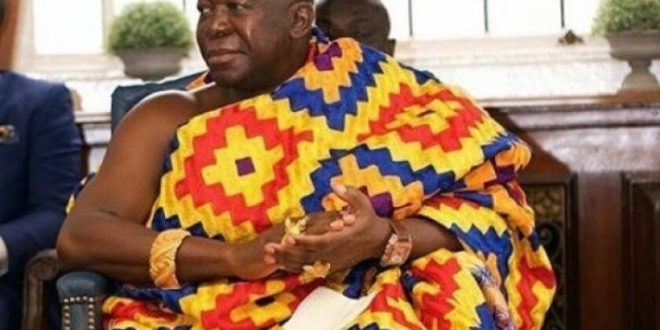 Manhyia Palace, the seat of Asantehene, Otumfuo Osei Tutu II, has banned all funeral rites activities in the Ashanti region from April 8 to 29, this year.

This according to a statement signed and issued by the Chief of Staff, Kofi Badu, is to pave the celebration of the 20th Anniversary of the enstoolment of the Asantehene, Otumfuo Osei Tutu II.

The statement signed on Thursday, February 21, 2019, said the directive is in line with the customs and tradition of the Ashanti kingdom.

“Manhyia Palace wishes to announce for the information of the general public that in accordance with Asante customs and tradition, Asanteman will observe a ban on funerals from Monday, April 8 to Monday, April 29, 2019, to mark the celebration of the 20th Anniversary of the enstoolment of His Majesty Otumfuo Osei Tutu II, Asantehene,” the statement noted.

Previous I have something to offer Ghanaians – Mahama
Next Nana Addo lied; we’ve not been posted – Unemployed nurses