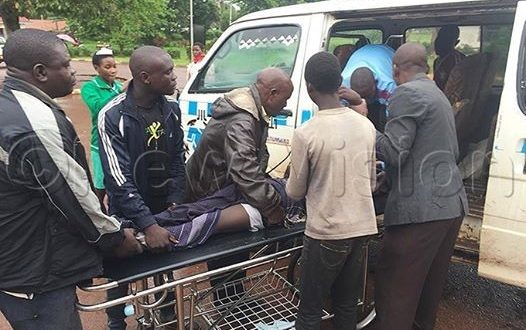 And since this type of desire is mostly evil, the action of the men fighting over the woman becomes nothing to write home about since they’ll both do all they can to maintain the woman.

This is the case of two Ugandan teenagers who decided to fight dirty over a lady, thus, making one to lose his life.

This all happened at a party in Kayunga district, Uganda.

The party that was supposed to be filled with fun turned bloody when a boy stabbed a colleague to death because of a girl.

The Ssezibwa Regional Police spokesperson, Hellen Butoto, confirmed the incident, saying: “It occurred in Kangulumira sub-county ahead of the official launch of SACCOS, which had been slated for Saturday.”

Butoto said the event organizers had thrown a disco ahead of the launch which mainly attracted the youth.

“The disco turned bloody when a one mangali clashed with sharif Bbosa, 18, over a girl identified as Resty Nabukwasi. Mangali stabbed Bbosa in the head twice before the knife got stuck in the head,” she narrated.

Butoto added that the police rushed to the scene and Bbosa was taken to Jinja regional referral hospital where he died upon arrival.

Henry Lubanga Munyara one of the disco organisers said the majority of the people who turned up were youth. He added that most of them were drunk while others had smoked opium.

Butoto cautioned the youths to be more responsible for their own lives. “It is very important for you to lead meaningful and peaceful lives,” she urged.