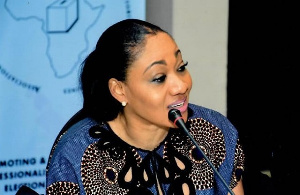 The main opposition National Democratic Congress (NDC), has reported the Electoral Commission (EC) to the Criminal Investigative Department (CID0 of the Ghana Police for going-g ahead with a workshop on the new voters even though an injunction was placed on it the exercise.

The party wants to the CID to investigate the matter.

The complaint was filed by Deputy General Secretary of the opposition National Democratic Congress (NDC), Peter Otokunor, on Mnday A[ril 27.

The EC allegedly carried out its training workshop for its directors and deputies at Prampram in the Greater Accra region despite a court injunction secured by the Member of Parliament for Ningo-Prampram, Samuel Nartey George against it.

The ex-parte injunction was granted by the Tema High Court.

The EC’s planned workshop was scheduled for April 24 to 29 at Prampram to discuss the compilation of a new voter register.

On Saturday, 25 April 2020, Class News reported that a meeting that was in progress at City Escape Hotel amidst heavy security was suspected to be the injuncted event.

Mr Sam George and his party’s parliamentary candidate for Ayawaso West Wuogon, Mr John Dumelo, were at the venue on Saturday to verify if the training was truly being held but were met by a phalanx of security men at the entrance.