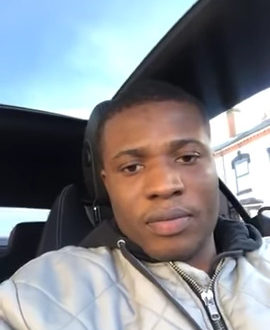 A young man said to be a brother of embattled Menzgold CEO, Nana Appiah Mensah, has refuted widespread reports that he has won his court case in Dubai.

The brother was speaking in a new video seen by YEN.com.gh on YouTube.

According to him, he had received many calls and text messages from people asking him whether the reports that Mensah, popularly called NAM1 had won his Dubai court case was true.

He revealed that as much as the family wishes NAM1 would win whatever case had been brought against him, it has not happened yet.

To him, the report, though fake, was proof that God would vindicate his brother, and cause the truth about the whole matter to be brought out.

“I have many people calling on me to go live and tell them about reports that he (NAM1) has won his court case.”

He, however, blamed the media for putting out such fake stories to mislead readers.

He added that concocting such fake news deepens the misconceptions about NAM1 that he is a scammer and bad person.

KOD also called on people to disregard such news and wish his brother NAM1 well in gaining victory.

He was in the news some time back for accusing the EOCO boss of benefiting from NAM1’s fortunes.