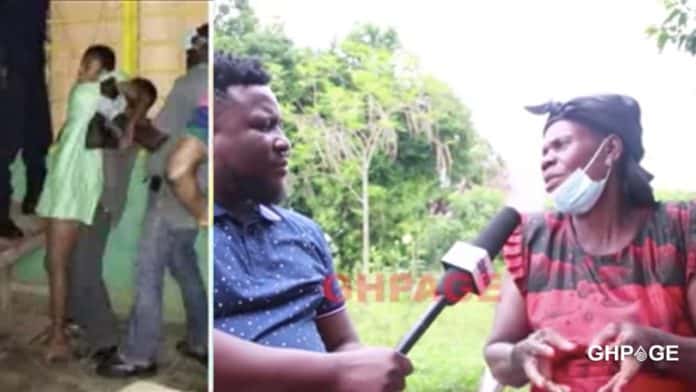 Yesterday, was the burial of the late 17-years-old final year student of Miracle Educational Academy who was found hanging at the dining hall of the school.

After news of her death hit social media, a lot of people started reading meanings into the unfortunate incident with her immediate family insisting that their daughter was killed and didn’t commit suicide as being claimed.

According to the lady who bathed her dead body, the suicide tag around Leticia isn’t true because her body suggested she was murdered and her blood taken.

The woman explained that she had been bathing dead bodies for some time even though it’s not her official occupation and knows when there is a problem with a dead body.

She stated that in the case of Leticia, because the people who killed her took out some blood and because the doctors had to finish with their pathology test her body was some way.

The lady speaking in an interview with Rashad of Ghpage TV stated that her body would have been different if she indeed committed suicide as claimed by the police and school authorities.

In other news, the family of the late Leticia Kyere Pinamang buried her with a cutlass asking her not to rest until she expose the people who killed her.