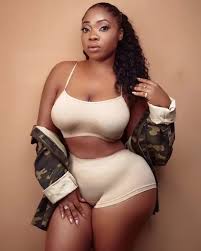 I am spreading the virus – Moesha Boduong

Ghanapage.com has sighted a video where Instagram slay queen and actress Moesha Boduong revealed that she is spreading the HIV virus.

It was reported earlier Moesha has contracted HIV from the former manager of dancehall artiste Shatta Wale known as Livingstone Abani.

This was revealed by a notorious Snapchat user, “Fatpussy005” stating that Livingstone is Hiv positive who pays Nigerian and Ghanaian celebrities and some slay queens huge sums of money to have unprotected sex with him.

According to the Snapcat user, many Ghanaian celebrities have fallen victim to Livingstone and that most of them have contracted HIV unknowingly.

However, Moesha has reacted to the allegations levelled against her stating that people do not have anything to say about her so they have started to generate lies to tarnish her image.

Moesha seems unperturbed about these allegations are she has stated in a video that she is spreading the virus.