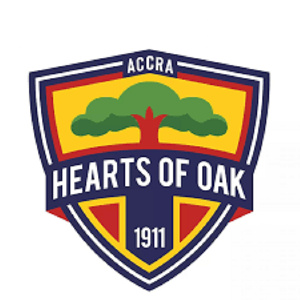 Samuel Nii Noi, coach for the under-15 side of Accra Hearts of Oak has been elevated to the first team following the resignations of head coach Kosta Papic and his assistant Asare Bediako.

The club announced in a statement that Nii Noi will takeover the coaching of the club in acting capacity as they search for a substantive head coach.

“In the interim, Under-15 coach, Samuel Nii Noi will lead the team until a new head coach is appointed.

“The club will be making no further comment until a new head coach is appointed.”

The club also wished the departing coaches the very best in their endeavours and thanked them for their services to the club.

“Both members of the technical team tendered in their resignations on February 15, 2021. The club would like to thank Papic and Ben for their time at Hearts of Oak and wish them success in their future”.

In thirteen matches played so far, Hearts have amassed 17 points and sit eleventh on the league table.

The club have just one win in their last five matches, drawing and losing two each. 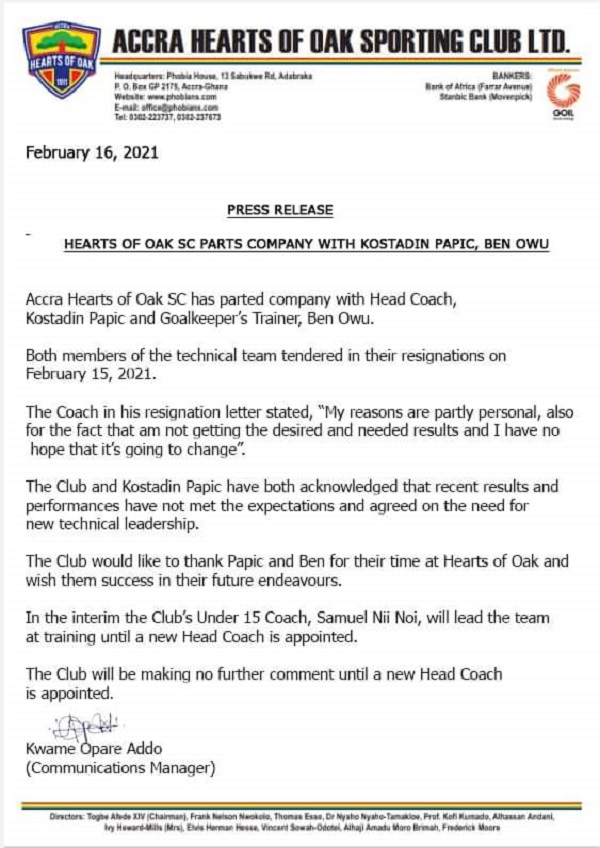