Home / GENERAL NEWS / Ghanaians are bleeding because of these 5 things 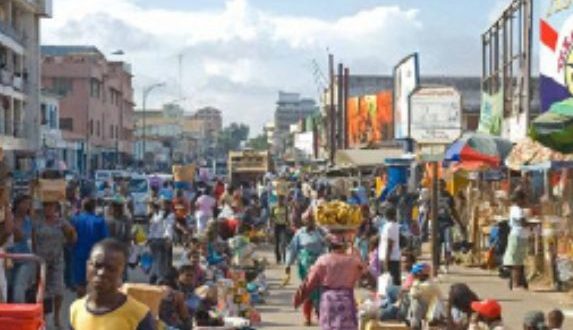 Ghanaians are bleeding because of these 5 things

Share
It was not only a long-awaited win for the Nana Addo Dankwa Akufo-Addo camp when they won that election in 2016, cementing their place in the history books of Ghana for making John Dramani Mahama the only one-term president under the Fourth Republic, but there were equally very high expectations from many voters who lined up to vote them into power.

The promises and the assurances they were given by the then candidate and his team, which they would later tag as “we have the men,” have however done a quick turnaround, hitting many Ghanaians in their faces as the reality seems to have dawned on them.

GhanaWeb puts together some of those shockers that have hit the citizenry in the past 5 months alone since January 1.

The Minister of Finance, Ken Ofori-Atta, was in parliament on Wednesday, November 17, 2021, as part of his constitutional mandate to present the Budget Statement and Economic Policy of his government to the House.

The levy, as announced by the minister, was going to be a 1.75% tax imposed on all electronic and digital transfers made in the country above GH¢100 daily, including the very lucrative Mobile Money sector.

In the weeks and months that would follow, this E-Levy would be subjected to several analyses, discussions, and many attempts by the Minority in Parliament especially to get it totally rejected. This was supported by many other Ghanaians who sided with the Members of Parliament that it was an insensitive tax.

Fights and strategies, counter-strategies and many political antics after, the Majority in Parliament got their way on March 29, 2022 (also the president’s birthday), when their colleagues on the other side of the House staged a walkout.

The president, Nana Addo Dankwa Akufo-Addo, also appended his signature to the document two days after, on March 31, 2022, making it a law.

The implementation of the levy was however delayed until May 1, 2022.

Since May 1, Ghanaians have had to pay E-Levy on Transfers which fall under the thresholds they have indicated.

It is unclear now but there have been more than 10 fuel price increases since this government took office in 2017.

For a government that promised the people that it would drastically reduce the prices of fuel, making the argument that Ghana is an oil-producing country and there was therefore no need for it to be struggling with fuel prices, people expected more.

This year alone, fuel prices have been increased more than 4 times and its rippling effect has been indescribable.

On the back of the above point, there have been many increments in transport fares due to the continued rise in fuel prices.

The most recent increment is a 20% jump in fares, a situation that has left many Ghanaians in shock and constantly complaining.

With the increase in fuel prices and its effect on transport fares, the natural order has hit food prices across the country.

It is now abundantly clear that you would need perhaps twice more than you used to have when going to the market, to be able to get as much of the items you’d usually get in the past for your daily use.

The Electricity Company of Ghana (ECG) and the Ghana Water Company Limited (GWCL) have announced a proposed increment in their tariffs.

The shocker for Ghanaians has been the figures: 148% and 326% respectively.

It would be recalled that during the peak of the novel Coronavirus in Ghana, the government announced some drastic reductions and freebies for utilities in the country, a situation that has compounded the need for the utility providers to now increase their tariffs.

The Public Utilities and Regulatory Commission (PURC) has however stated that it is only willing to give only up to 50% of the proposed tariff increments to the providers.