Fans and persons who have expressed interest in the case of the taxi driver, Kwesi Ackon, who has become a national symbol of hope have registered their displeasure with the introduction of a manager days after receiving cash donations from the public.

As earlier reported by GhanaWeb, Mr Ackon, returned an amount of GH¢8,400 a passenger left in his taxi. He was applauded and rewarded by Vice President, Dr Mahamadu Bawumia and some benevolent persons for returning the money to its owner, a fish seller who mistakenly left it in his car.

The Church of Pentecost in a Facebook post on May 12 congratulated Mr Ackon, a member of their church for his kind gesture and also invited him to their national headquarters in Accra.

In the post, the church disclosed that he was accompanied by his wife, Francisca, and his manager, Roberta Maanaa Quaye, a message that did not sit well with some social media users who have questioned where the “manager” was all along before his fame.

It is unknown whether the said manager is a family member or an independent person employed to manage his affairs.

The mention of a manager has attracted a negative response with many arguing that his rewards which have come in the form of cash donations might be misappropriated or squandered if care is not taken.

A Facebook user, Cynthia Ofori questioned the role of the new manager. Her post read: “He has done so well. He has done his moral duty as a human being, nowadays honesty has been thrown out of the window. May he continue to stay honest. But if I may ask, does the post say he came with his manager? Manager? For what? Pls, so far he is doing well, he should be careful not to tarnish his honest man image.”

Another Stephenson Kusi Youngceo was shocked by the new development. “Eiii right now he get manager sef,” he wrote.

A third, Asiwome Mary warned Mr Ackon to guide his donations. “Did I hear, His manager? What is the manager managing? Just yesterday, he get manager? Eeeeeiii. When he was barely surviving dieee, he didn’t get manager, now someone has showed up as his manager. Sad,” she reacted to the post by The Church of Pentecost.

So far, Dr Bawumia has presented GH¢20,000 to the ‘starboy’ taxi driver. Also, former Black Stars captain Asamoah Gyan donated GH¢10,000 to Mr Ackon with singer KiDi also adding GH¢5,000 to his reward donations. More donations have been reported by the media with some persons also privately sending him Mobile Money for his kind act.

In an interview on Accra-based Asempa FM, the driver said: “I saw the money in my car after closing from work but after consulting my wife briefly about it, I decided to return the cash. The simple reason is that I don’t take things that are not mine.” 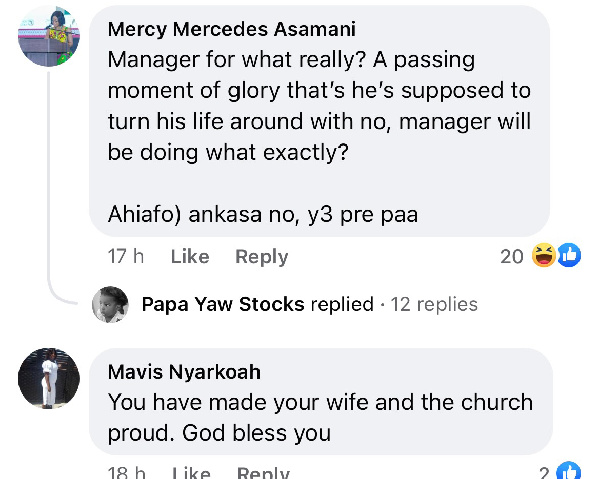 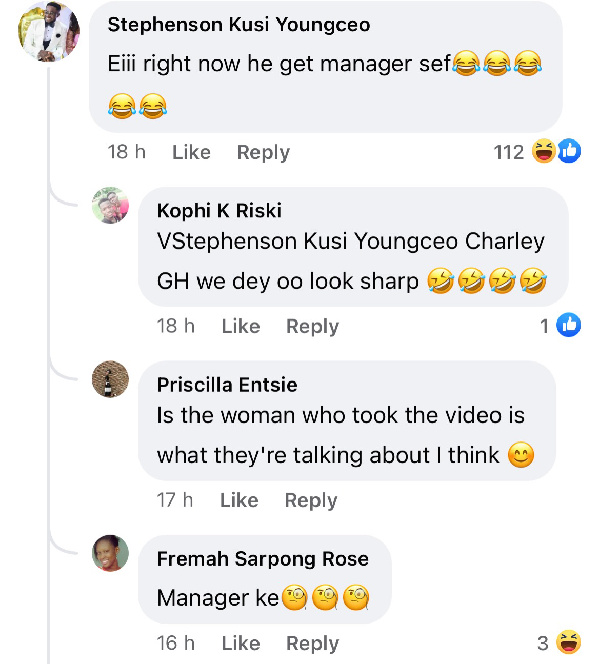 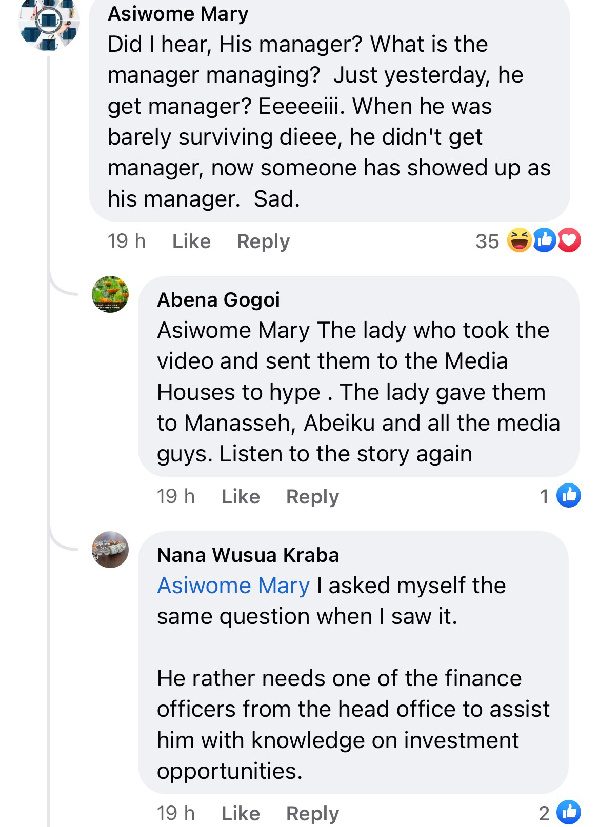 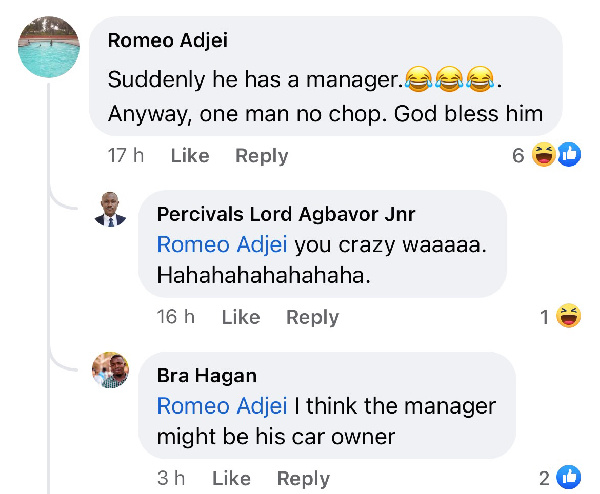 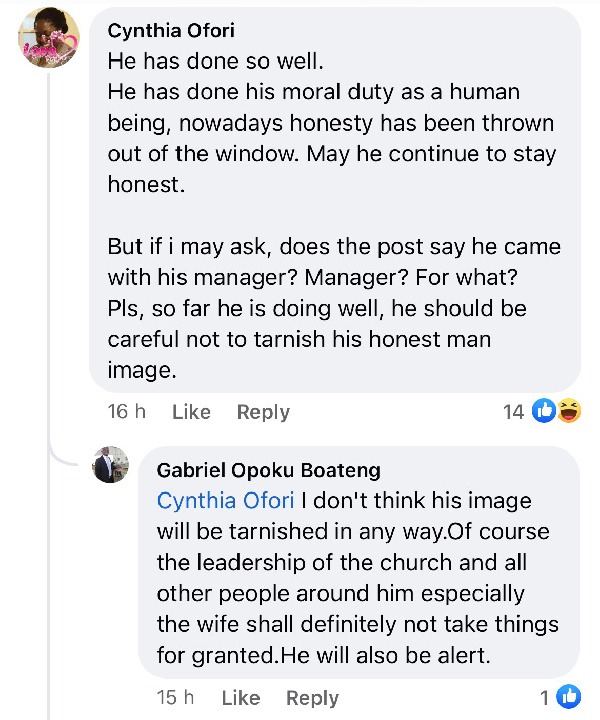 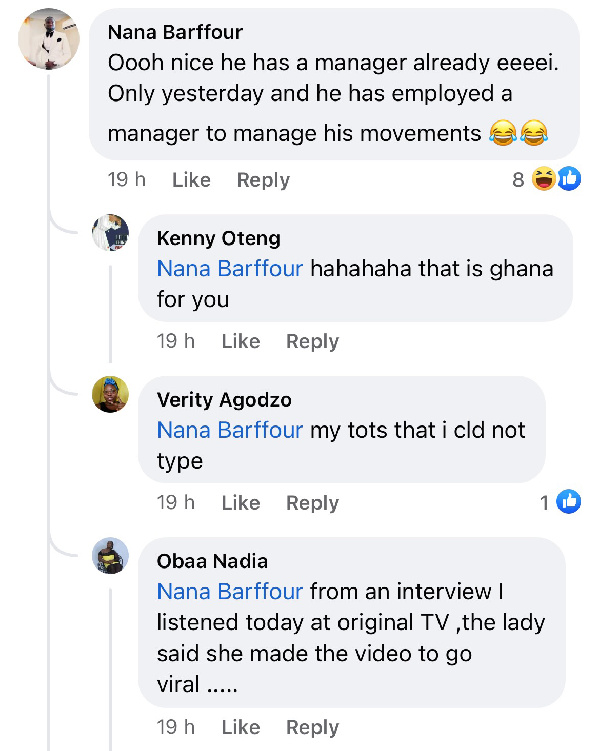