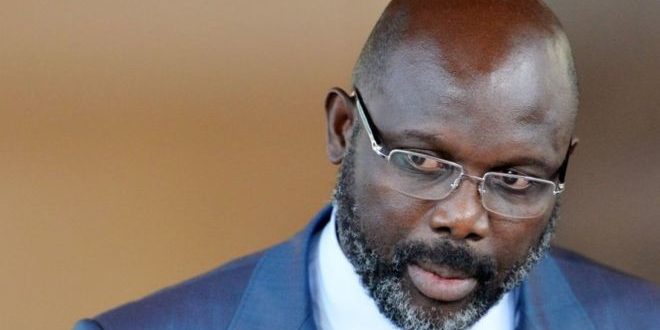 Mr Weah’s government was committed to a “one country, one people” policy, with zero tolerance for “divisive politicking or tribalism”, his office said in a statement

Mr Fahngon said on social media that an anti-government protest planned for 7 June had been orchestrated by so-called “Congo Liberians”, a reference to descendants of freed slaves who returned from the US to found Africa’s first independent republic, AFP news agency reported.

In a statement, the US embassy in Liberia condemned his comments as “irresponsible”

It urged all Liberians to “reflect on their role in constructively contributing to development and sustaining peace” as the country prepares to celebrate National Unification Day next week.

Although founded by freed American and Caribbean slaves, Liberia is mostly inhabited by indigenous Africans, with the slaves’ descendants comprising 5% of the population.