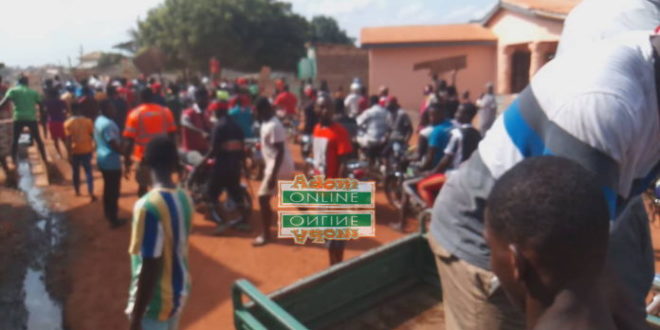 Residents of Kpone Katamanso and Atadeka in the Greater Accra Region have embarked on a demonstration to register their displeasure over bad roads in the area.

The residents who embarked on the protest in the early hours of Monday say the nature of roads in the area were affecting all aspects of their lives.

“We are tired of the bad roads which are causing miscarriage and keep us indoors when it rains,” a member of the protesting group said.

Speaking on Adom FM’s Dwaso Nsem‘s anti-corruption segment, Fabewoso, the agitated residents said the District Chief Executive Officer (DCE) of the area had turned deaf ears to the situation, insisting he has exhibited no commitment in fixing the road.

According to the residents, the DCE, after several attempts on Sunday to get them to call off the demonstration decided to bring laterite onto the road without gutters at 9 pm on Sunday.

Mr Tettey Appiah is yet to respond to the claims of residents against him.

Adom FM has been running a campaign dubbed ‘My Road, My vote’ aimed at addressing issues concerning the ever-deteriorating nature of roads in Ghana.

Below are photos of the protests: