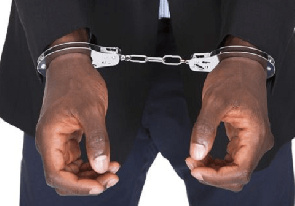 An 18-year-old driver’s mate has been handed a ten-year jail term by the Juaben Circuit court for smoking Indian hemp and attempting to rape a minor.

Maxwell Agyapong, a resident of Atimatim in the Afigya-Kwabre District, pleaded guilty and was convicted on his plea.

Prosecuting, Police Chief Superintendent David Amoako, told the court presided over by Mr Yusif Osei Asibey, that the complainant was a junior high student of the Atimatim M/A JHS.

He said on March 21, this year, during fun games of her school, the convict spotted the complainant and engaged her in a chat.

The Prosecution said during the course of the conversation, the convict lured the girl into his room and locked the door.

According to the prosecution, the convict told the complainant that he was a drug dealer with a lot of money and could, therefore, provide her with all her needs.

He said to prove himself, the convict removed a wrapped brown paper containing Indian hemp and began to smoke.

He said the convict passed the stuff to the complainant to try but she refused.

The Prosecution said after becoming high on the drugs, the convict attempted to forcibly have sex with the complainant but she screamed and managed to push him down, opened the door and ran away.

He said the complainant reported the matter to her teacher who in turn made a report to the police leading to the arrest of the convict.

The Prosecution said a search in his room by the police revealed 16 wrappers of Indian hemp, a cutlass, two knives, two condoms and three pairs of scissors.