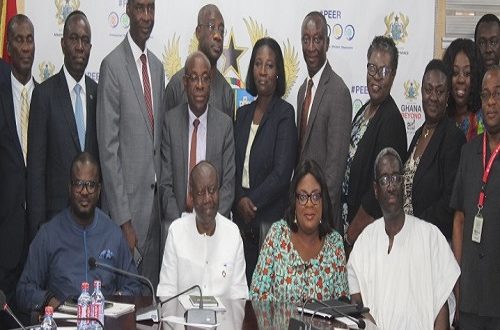 The Public Interest and Accountability Committee (PIAC), which monitors the use of petroleum revenue, says it is unable to report on the programs and activities undertaken with an amount of US$169.51 million disbursed to the Annual Budget Funding Amount (ABFA) for the first quarter of 2020.

The ABFA is the portion of petroleum revenue used to support the government’s budget.

In its 2020 semi-annual report, the committee said it was also unable to provide an update on the status of unutilized and unaccounted for ABFA funds, which stood at GH?1.5bn.

For this reason, Mr. Noble Wadzah, chairman of PIAC, repeated his earlier call on Parliament to strengthen the committee’s oversight mandate on the Ministry of Finance.

“This is because the ministry’s persistent failure (fourth time) to provide half-year data on ABFA utilization is not only adversely affecting the work of the committee but [is] also eroding gains in the fight for transparency and accountability in the management and use of Ghana’s petroleum revenues for the benefit of citizens,” the chairman said in the report.

Latest News In Ghana. Click Here To Read Our Latest News Stories
The report also disclosed that the cumulative indebtedness to Ghana National Gas Company (GNGC) continued to increase to US$942.26 million.

This, the report said, is as a result of the failure of GNGC’s customers to honour their obligations.

The Ghana Petroleum Fund reserves, according to the report, recorded a 24.1 percent reduction at the end of June 2020 compared with the same period of 2019. This was as a result of the lowered cap and subsequent withdrawals from the Ghana Stabilisation Fund (GSF).

During the first half of 2020, cumulative raw gas production increased significantly by 65 percent, the highest recorded half-year volume of gas produced since 2010.

Total petroleum receipts in the Petroleum Holding Fund (PHF) in the same period stood at US$322.57m, indicating a decline of 11.32 percent from a year ago.

According to PIAC, GNGC received US$1.78 million under the Cash Waterfall Mechanism in order to address its indebtedness to the Ghana National Petroleum Corporation (GNPC) for gas supplied. However, the committee said there was no payment to GNPC.

Consistently, the non-payment of gas revenue denies the PHF of its due entitlement, the committee added.

Previous Photos: NDC witnesses burning of excess ballot papers
Next Amidu provides new details on why Domelovo was directed to proceed on leave