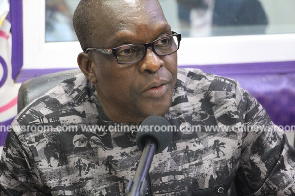 The Second Deputy Speaker of Parliament and flagbearer hopeful of the opposition National Democratic Congress, Mr. Alban Kingsford Sumana Bagbin has indicated that corruption is on the increase because politicians shift their focus of serving national interests on amassing wealth to pay back their sponsors.

He disclosed this on Pan African Television’s Hot News, hosted by Justice Appiah on January 18, 2019.

The longest-serving Legislator opined that, the bane of corruption is rampant because individual politicians are allowed mobilize their own funds to get to power and this contributes to it.

He added that moneys invested into political campaigns are not “free lunch” and thus politicians are compelled to find means to reimburse their benefactors after they had won power.

Mr. Bagbin also revealed that, politics has been viewed by many as private business where individual politicians being unable to bear the ‘cost of production’ alone, shift the cost incurred on society.

To this end, the focus of the political parties is diverted from serving the totality of the country but their own parties. According to him, the corruption scourge is systemic where even though some individuals may not be corrupt but because they find themselves in a destructive system.

The former Health and Agriculture Minister also stressed that there should be transparent and accountable governance where laws are put in place to ensure that Presidential and Parliamentary candidates disclose their source of income in addition to how their fortunes would be applied to the many promises made to electorates.

Speaking about a few of his achievements, Mr. Bagbin indicated that he initiated the “Best Teachers’ Awards” before it was adapted as national activity.

He added that his first salary received as a Parliamentarian under the Rawlings’ administration in 1993 was channeled into renovating classrooms blocks for two communities within his Constituency.

The NDC presidential aspirant said that when given the mandate, he will consider promoting athletics because countries develop on the basis of talents and not only on natural resources.