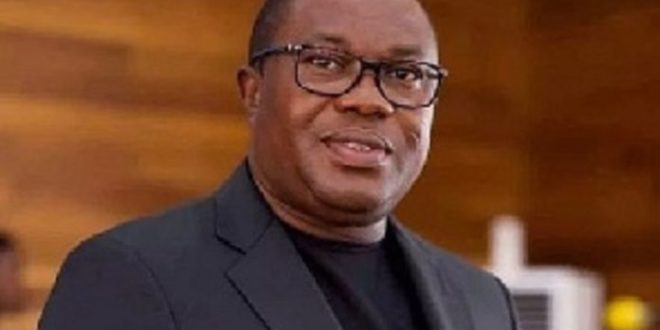 A leaked recording of an alleged meeting of communicators of the opposition NDC reveals militia groups were brought to the Ayawaso West Wuogon by-election by both parties.

The contents of the recording have both been denied and confirmed by the officials of the party who allegedly attended the meeting.

A voice believed to be that of the National Chairman of the NDC, Samuel Ofosu Ampofo, contrary to earlier claims, is heard confessing that members of NDC-aligned militia group, Azorka Boys, were brought from Tamale to the constituency. He said the NPP-aligned Kandahar Boys were also brought there.

While maintaining the decision of the NDC to withdraw from the Ayawaso-West Wuogon by-elections was “not a cowardice decision” but “strategic operation”, the voice said the main motive for the said withdrawal was because the NDC’s Party Militia, Azorka boys, on election day were outnumbered by those of the NPP, the Kandahar boys.

The voice is then heard laying out an elaborate plan to pursue not just those involved in the attacks at the Ayawaso West Wuogon by-elections but their family members as well.

“We will go after them. But not face to face. We will let them know that their lives are in danger. Our people have identified a number of them,” the voice said.

The voice alleged further that this plan is already being executed as one of those involved in the Ayawaso violence suddenly died and others are on the run as they cannot sleep in their homes.

The speaker on the tape also announced a smear campaign to portray the President as violent and the use of insults to chip at the reputation of the Peace Council.

“We should not focus on the IGP. He is like a civilian. The conversation must be focused on the president as one who has shown his true colours as a violent person. When people hear of violence in elections they will be thinking of the invisible forces while we do our own things.”

This tape comes at a time government has set up a Presidential Commission of Inquiry Chaired by a former Commissioner of the Commission for Human Rights and Administration of Justice, Emile Short.

Their mandate is to unravel the circumstances which led to the violence that marred the by-elections at Ayawaso West Wuogon.

It has also been barely two weeks since an activist of the NDC was shot and killed at an NDC meeting by men believed to be part of the NDC Hawks, a party militia.

The consensus is that party Militia appears to be the single most potent threat to Ghana’s democracy if they are not disbanded.

Expounding on the legal ramifications of the content of the tapes, a private legal practitioner, Samson Lardy Anyenini said the right to freedom of association contained in Article 21 of the constitution does not include “planning crime.”

In his words, “The people are clearly heard planning crime- kidnapping people, visiting similar amount of violence during elections, there will be about ten charges of crimes.”

According to Mr. Anyenini, planning of crime falls into the category of crimes known as inchoate offenses which are punishable by the laws of Ghana.

He, therefore, urged that the recordings should be the subject of a serious investigation.

He made these remarks on the Joy FM’s Super Morning Show Wednesday.

The response of the NDC

In a swift response Wednesday, the National Communications Officer of the NDC, Mr. Sammy Gemfi, while admitting the voice ‘sounds like’ that of the NDC’s National Chairman, Mr Ampofo, insisted they are doctored tapes designed as diversionary tactic to provide the government with a reprieve from the content of a documentary on illegal mining [galamsey] by investigative Journalist, Anas Aremeyaw Anas, which puts the government in bad light.

“The tape is doctored, treat it with the contempt it deserves, it has all the trappings of diversions from the illegal mining investigations by Anas,” he told Daniel Dadzie Wednesday on the SMS.

In a twist of events, his deputy, Kweku Boahen, told Adom FM the voice was Mr Ofosu Ampofo’s and that the contents of the recordings reflect what transpired at the party’s meeting.

He said the party endorsed the views expressed by the Chairman which is why he received applause from the attendees.

Mr Boahen said the wicked persons who recorded the meeting had an evil agenda against the NDC but the party is not perturbed – it is determined to face the NPP and free Ghana from the shackles of misgovernance.