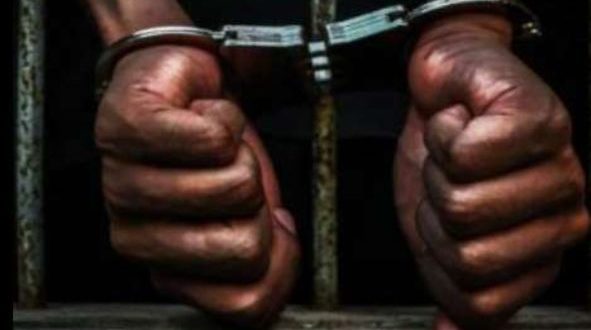 The suspect is alleged to be supplying arms to troubling Bawku to fuel the tension in the area.

The operation according to a Police release was carried out on Wednesday, May 11, 2022.

“The Bolgatanga Divisional Police Command on Wednesday, May 11, 2022, acting on intelligence arrested suspect illegal arms dealer Cliffort Dinka on Bolgatanga-Tamale Highway where he was in the process of selling arms to a customer.

“A combined motorbike and vehicle patrol teams from the division monitored and arrested the suspect who is a native of Bawku alleged to be a supplier of arms and ammunition to fuel the Bawku conflict,” parts of a Police press release has said.

After a such conducted in the room of the notorious arms dealer, the Police uncovered One (1) unmarked foreign pistol, Two (2) jack knifes, a cutlass, and a suspected plastic AK 47 toy rifle.

The suspect is in the custody of the Bolgatanga Divisional Police Command and will soon be arraigned before court.

Below is a copy of the Police press release: 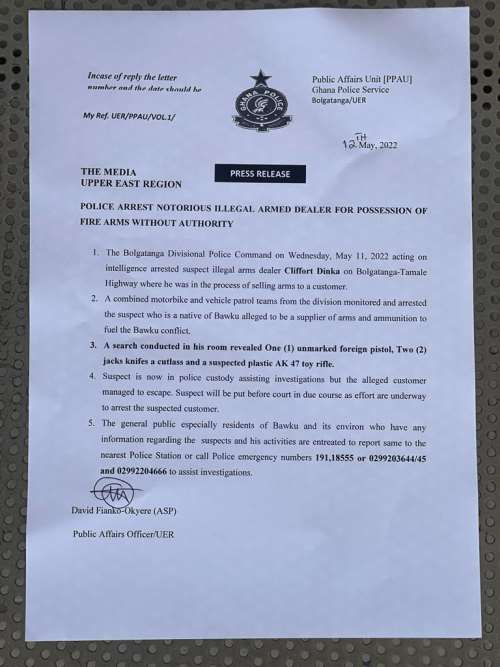 Previous VIDEO: Kaneshie flooded again after Saturday downpour
Next Ghana warned to be vigilant as 8 soldiers die in terrorist attack in Togo