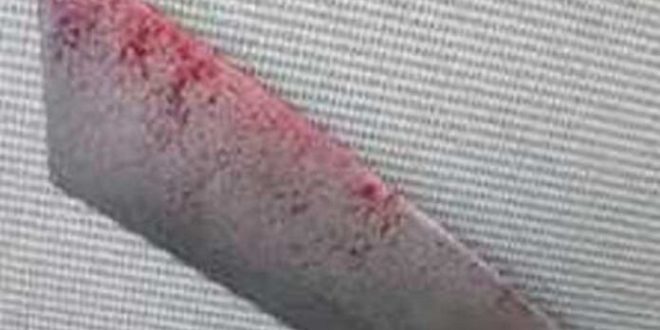 The Circuit Court in Bolgatanga has remanded an 18-year-old farmer for allegedly attacking a colleague at Kwarania in the Kassena-Nankana Municipality.

Nicholas Webaduah, charged with a count of using an offensive weapon, denied committing the crime, and the court remanded him into police custody.

Webaduah supposedly inflicted cutlass wounds on Emmanuel Aduah when the duo clashed over a fishing net.

Inspector Mariam Awemoni said that the complainant, Mr. Aduah, and the accused were residents of Kwarania. The prosecution said a misunderstanding ensued between the complainant and accused on a farm on June 6, this year.

Insp Awemoni told the court presided over by Mr. Alexander Graham that the two fought over ownership of a fishing net until a passer-by separated them.

The prosecution said that in the process, Webaduah rushed to a nearby bush, emerged with a cutlass, and inflicted deep wounds on the victim’s right ankle, buttocks, and toes.

“In the process, one Georgina appeared at the scene and raised the alarm. One John rushed to the scene and took the complainant to War Memorial Hospital in Navrongo for treatment,” said Inspector Awemoni.

According to the prosecution, family members of the victim overpowered the accused, who was armed with a machete and handed him to the police in Navrongo.

Inspector Awemoni said the “victim was still battling for his life at the hospital, and investigation is ongoing to obtain statements from possible witnesses.”