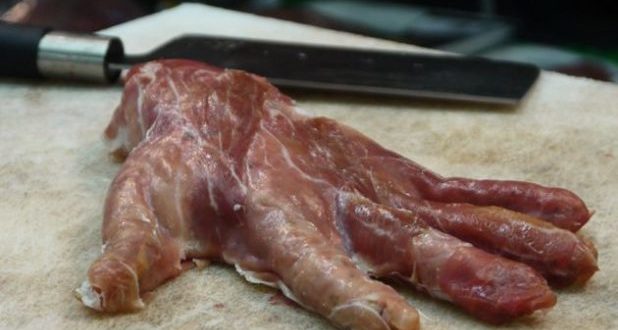 Muramura, a predominantly farming community near Juaso in the Ashanti Region has been thrown into a state of mourning following the murder of a pregnant woman by a man, who the police said was mentally ill.
Many residents are yet to recover from the shock and sadness over the incident which happened on Sunday at midday.
The Eastern Regional Police Public Relations Officer, Deputy Superintendent of Police (DSP), Mr Ebenezer Tetteh told Graphic Online that “residents in the village meted out instant justice to the alleged murderer, Kofi Sammy, by lynching him for killing 30-year-old, Alimatu Karim.”
The body of the suspect and the dismembered body of the victim have deposited at the Holy Family Hospital mortuary at Nkawkaw.
Death
According to the police, Alimatu Karim left home early on Saturday, May 4 to look for cola nuts and did not return.
On Sunday, May 5, however, some people saw the mentally ill man [Kofi Sammy] cooking some meat in the bush, which they suspected was human flesh and arrested him.

He then admitted to killing Alimatu Karim and cooking her flesh.

The suspect then led the people to a pit where the dismembered body of Alimatu was recovered.
DSP Tetteh said the police received a distress call at about 12:47 pm and the Nkawkaw District patrol team led by DSP Joseph Onsonyameye proceeded to the village.

The patrol team, however, met the Juaso police together with the DCE of the Area and the chief of Muramura, Nana Kwakye Amoh at the scene.
DSP Tetteh said an angry mob besieged the chief’s palace where the suspect was being held awaiting for police.

“The angry mob forcibly took suspect from the palace and lynched him to death. The mob also set suspect’s body on fire but police and the DCE got there in time and quenched the fire.”

Previous Controversy over Otumfour’s statue: It represents true image of Asantehene- Suame MCE
Next Race for new Inspector General of Police heats up!